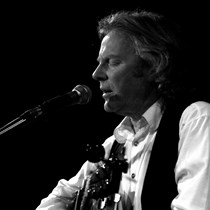 Enable Reg Meuross to travel to Cape Town Holocaust Centre to help empower students to find their voice through Art & Writing. This fund aims to raise awareness of The White Rose movement, and the need for us all to protect human rights and freedom of expression on August 24th at The Holocaust Centre in Cape Town.

Well known protest singer songwriter Reg Meuross has been invited by The Holocaust Centre in Cape Town to talk to students about songwriting as a means of peaceful protest and to perform his song (commissioned in 2015) 'For Sophie (This Beautiful Day) which is about the extraordinary bravery of anti-nazi activist Sophie Scholl.

This will be at the Centre's annual Art & Writing Project for high schools in the Western Cape known as the White Rose Movement, aiming to give students the opportunity to learn about resistance to Nazi oppression during the Holocaust, as well as to consider what relevance this history has for all of us in 2017. It is hoped that the project will serve as a catalyst in empowering participants to each find their voice through art in resisting injustices within their own environment. When they heard Reg's song earlier this year, they immediately invited him to perform it at the event, and we need funds for airfare and touring costs. Any extra money raised will be donated to the Holocaust Centre.

Sophie Scholl was an anti-Nazi activist and member of The White Rose movement in Germany during WW2. She was caught aged 21 (along with her brother Hans & their friend Christoph Probst) distributing leaflets and was executed by guillotine that very day on 22nd February 1943. The leaflet was the sixth in a series of documents drawing attention to the growing evil of the Nazi regime. After her death the leaflet was smuggled out of Germany and retitled The Manifesto of the Students of Munich and redistributed in millions by the allies.

For Sophie (This Beautiful Day) https://youtu.be/O_OxFrdFVzQ

Reg is a true modern troubadour, representing contemporary folk writing at its best. Mike Harding has described "'For Sophie' This Beautiful Day" as one of the most important songs to be written in the last 30 years.