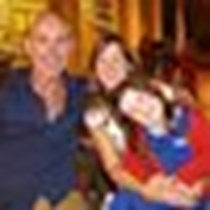 The loss of Elido Jnr is something the Vargas family is grappling to come to terms with and will continue to do so in the days, months and years to come.

His loss through suicide is something his parents Eiren and Elido never want any other family to endure. And though this is a time where finances are the last thing they want to think about, they are now facing the costs of his funeral on top of the normal costs of running their home and looking after Elido's three younger brothers (who are 1, 5 and 8).

This page has been set by a small group of family friends so people who knew Elido Jnr, the local community and anyone who has been touched by what’s happened, can make a contribution to help support the family through this tough time.

If any local businesses or individuals would like to make any donations of goods or services (e.g. venue, catering, funeral cars) then please contact us on RememberingElido@gmail.com.

It is Eiren and Elido’s wish that any additional funds that could be raised would go to help raise awareness of mental health issues amongst young people, and in particular to campaign for improved access to mental health support for younger people in the area.

Simply put, we need to make sure this never happens to another family in Burgess Hill again.