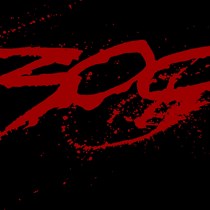 Weʼve raised £3,740 to Help injured Veterans and their families.

Our goal as the 300 trekkers is to try and raise up to £15000 throughout the year for Veterans Garage, ABF The soldiers charity and Combat Stress all in memory of our fallen brother SPR Elijah Bond.

We plan to Trek 307 miles from The Veterans Garage, Manchester to Mevagissey, Sapper Elijah Bonds hometown by foot.

Elijah was serving with the task force helmand engineer group and conducting a reconnaissance task in Nar e Saraj central Helmand Province on the 6th December 2011 when he was injured in a blast from an improvised explosive device. Elijahs colleagues provided immeidiate first aid, before being evacuated by helicopter, but Elijah later died of his wounds on the 8th December 2011 at the Queen Elizabeth hospital, Birmingham

Elijah was a very close friend and a popular figure across the regiment and beyond and since his tragic death he has inspired myself and others to do good by his name and keep his memory alive. Elijah was a major influence in The start up of The Veterans Garage and many other challenges I have took on so here's to another.

We will set off on our journey on the 01/11/2018 carrying nothing but the basics to survive including: Sleeping bag, Basha, roll mat, Rations etc I think you get where I am going with this, we will sleep on the ground where we find suitable.

We will be filming the whole trip and updating you Live via Social media so you can see how we get on.

Our plan is to arrive in time for Remembrance day and lay a Wreath at the memorial which is the finishing point, where we can then pay our respects and enjoy the company of Elijahs family.

what we are trying to achieve here is to raise vital funds for Three great charities in memory of our brother Elijah Bond and at the same time raise awareness of what people on a day to day basis whether it be soldier, veteran, family or friend have to go through due to the horrors of war.

So please help us achieve our goal and kindly donate, Thank you.