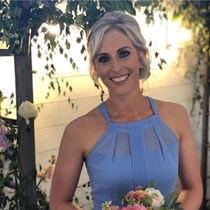 Re:Volution Youth Dance Company is a contemporary dance group formed of 12 students aged between 13 and 16 in the Inverurie area of Aberdeenshire, Scotland.

The company has been given the amazing opportunity to represent Scotland, as one of two groups selected from Scotland, at a performance platform organised by U.Dance at Birmingham's Hippodrome to an audience of around 1,800 people in July 2017.

The group, formed by Evolution School of Dance's Principal Suzanne Hamilton, meet on a weekly basis since it was formed in 2016. The company have created their repertoire piece "Into The Subconscious" with guest choreographer Josh Hawkins from Hawk Dance Theatre in early 2016 and have performed in at various locations in Scotland.
Through a performance event in Glasgow, the group were then selected by a panel to be one of the two groups that would represent Scotland at the Birmingham event. As well as the performance opportunity, the group will attend two full days of masterclasses with leading dance professionals, getting the opportunity to further their skill set and broaden their horizons.

This is an amazing opportunity for Re:Volution Youth Dance Company but of course it comes at a cost. The trip is completely self funded: flights, attendance of workshops, accommodation and food all have to be covered by the student and their families.

This experience would allow huge developments for the individuals involved: working with other dance students from all over the UK, learning from leading choreographers and watching shows of an incredibly high standard. The students have already been busy fundraising with bake sales, raffles and guess the birthday bear. We would love to raise some more money to ensure this trip goes ahead for the group as they've been working extremely hard in preparation and would give the students a chance to enhance their learning.

Please help to support this great cause.

We are very grateful for all donations received.