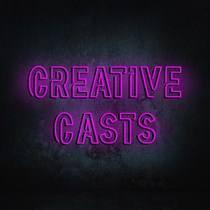 Weʼve raised £620 to fund the materials necessary to ensure The Richard Watts Legacy Bust is cast into bronze & installed in the Six Poor Travellers' House.

The Richard Watts Legacy Bust- A Work in Progress

Inspired by the legacy of Richard Watts, artist Lynsey Harrison has volunteered her time to produce a bust of the philanthropist. On visiting the Six Poor Travellers' House in Rochester, in 2018 and meeting the current custodian and curator Liz, Lynsey was entranced by her passion, knowledge, warmth and hospitality, and was excited and moved to find out that by marriage she also had a connection to the house. Lynsey’s wife Emma hadn’t realised it, but her Great Grandparents Alfred and Agnes Vinten were also custodians of the house. On the 20th of July 1940 the Poor Travellers House closed its doors, as the Second World War considerably reduced the amount of applications and admission of poor travellers. The house was never to open again for the reception of poor travellers, as after the war, social conditions had changed, and travellers were very few. The Trustees decided to use part of the house for two flats to accommodate two elderly couples. Alfred and Agnes Vinten were one of the last couples chosen and housed, before the decision was made to restore the building to its original condition, thus turning it into the museum you see today. The connection to Richard Watts didn’t stop there for Lynsey on her visit to the house. In 1560 Richard was appointed by Queen Elizabeth to be Surveyor of works at Upnor Castle. Lynsey had got married just the year before her visit to the house in that very same castle! After Lynsey’s informative conversation with Liz, the custodian expressed her enthusiasm for a sculpture of Richard Watts within the courtyard garden. This was the final coincidence and Lynsey shared that she was an artist, and currently worked within an interdisciplinary art studio as a professional mould maker and bronze founder.

Lynsey has donated her time and the materials needed to make the Richard Watts Legacy Bust in clay, and the photograph you see is the unfinished work currently in progress. This Just Giving page has been set up to try and fund the materials for the making of the mould and to produce the work in bronze, so that it can then be donated and installed within the courtyard garden of the Six Poor Travellers' House, Rochester, for permanant exhibition.

Any support for this project would be greatly received. Many thanks.