Weʼve raised £520 to support survivors of modern slavery to cycle

There are more than 40 million people worldwide in some form of slavery on any given day, according to the Global Slavery Index, including tens of thousands of exploited persons in the UK.

It is a heinous crime that needs to be eradicated. Action begins with awareness.

So, to shine a light on the issue, and fundraise to develop the Freewheel by Ride For Freedom programme that empowers survivors of modern slavery to cycle, I shall undertake two major rides in 2021.

Firstly, to raise awareness of child trafficking in sport, I led a cycle to all 20 Premier League football clubs from 27 June-11 July 2021, during the Euros. The 1,000 mile ride began and ended at Wembley Stadium, London.

I met with more than half of the clubs to discuss how 15,000 people – many of them children (under the age of 18) – are trafficked annually within Europe's soccer industry alone and how it can be eradicated. 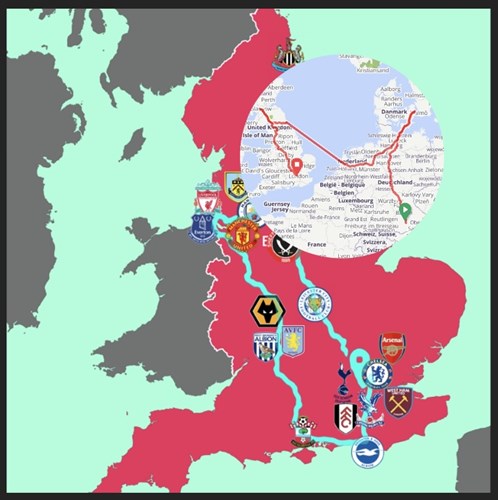 Secondly, I will cycle from southern Spain via France to the U.K, from 1-18 October. The approximately 1,800 miles (2,900 kilometres) route has been selected because it illustrates a documented human trafficking route from Africa to the U.K.

The challenge, which I'm calling ‘El Gordo’ (which translates from Spanish as the fat/big one), will conclude in London, and will be coordinated to coincide with International Anti-Slavery Day, Monday 18 October 2021.

The ride will include an attempt to break an existing Guinness World Record ("Greatest distance covered by an electric bicycle in one week") by cycling 1,720 kilometres (1,068 miles) in 7 consecutive days on a pedal-assisted Orbea Gain bicycle. 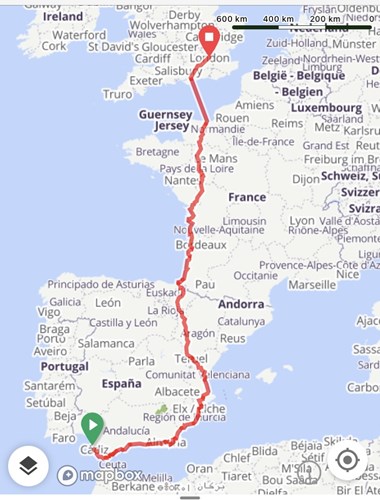 Your generous donation will support the development of Freewheel by Ride For Freedom. Unseen, the national charity, is partnering to deliver the pilot that empowers survivors – women, children and men – of modern slavery to cycle.

The referred survivors will be provided with a bike, given road awareness/proficiency training and basic mechanical skills. A study to evaluate the health and wellbeing benefits to the survivors of the programme will be undertaken.

On successful completion of the pilot, we aim to rollout Freewheel nationally.