Ring of Peace raised £10 from 1 supporter 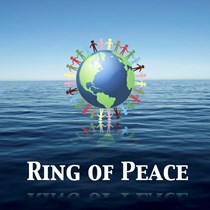 Weʼve raised £10 to give more power to people all over the world, especially in conflict zones, to create peace.

In 2014 the Ring of Peace (RoP) was conceived by Robin Dunseath, a marketeer and philanthropist, who understood that conflict is seen as an active process and peace as inactive. RoP aims to change that concept, allowing people all over the world to be actively involved in promoting peace. The idea immediately appealed to Peter Ferris, an acting teacher and filmmaker, who this year was selected as a Top 50 teacher in the Global Teacher Prize. Peter jumped on board and helped to deliver the first 3 years of activity, before recruiting Tom Swanston, an award-winning filmmaker.

Historically, the level of peace in a country or community has been in the hands of governments and large corporations. RoP will use technology, social media and live events to put this power into the hands of ordinary people.

Each year we hold an open competition to select a Message of Peace, which is then passed around the world by phone on the UN International Day of Peace, 21st September.

We have now formed a registered not-for-profit organisation to increase our activities and the number of people involved.

2018 marks the centenary of the end of World War 1. We will create a fantastic array of activities for people to get involved in, including: a Ring of 1000 people from at least 100 countries, and separate messages of peace sent round Ringlets such as hospitals, theatres, museums & conflict zones.

Ring of Peace is a not-for-profit organisation dedicated to promoting peace throughout the world by getting people actively involved in fun and creative ways to engage and communicate messages of peace.