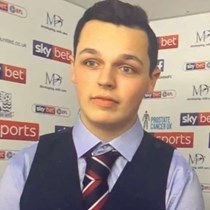 Three years after the Essex Charity Cup announced its fifth annual event, in aid of Justin Edinburgh 3 Foundation, we are finally in position to announce the game will be going ahead at Roots Hall Stadium on 22nd May 2022.

Join us for a family fun filled day, with two games of football as we give John White a deserved testimonial as well as our Justin Edinburgh 3 Foundation match.

That's right- two games of football in one day!

After that, Southend Legends will take on Colchester Legends with an array of super talent coming back to Roots Hall including Ryan Leonard, Anthony Grant, Tom Hopper, Sammie Szmodics, Anthony Wordsworth and many many more.

This will not be an event to miss!!!