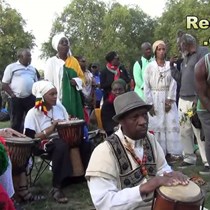 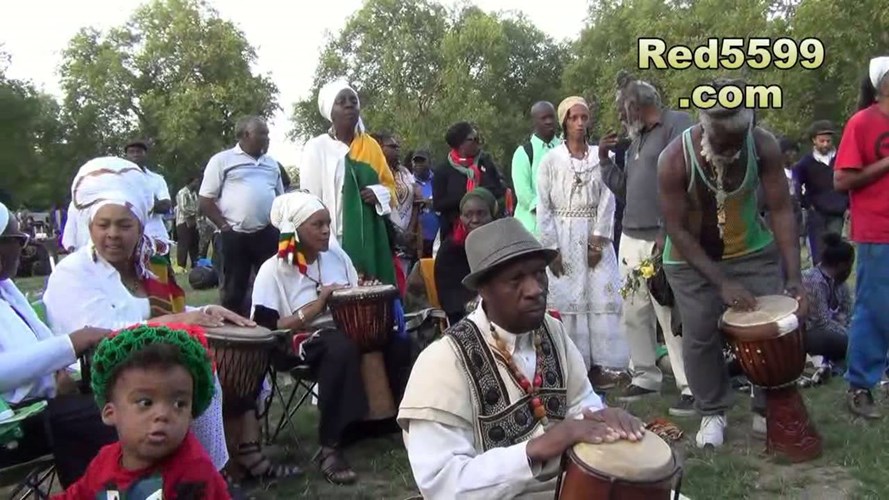 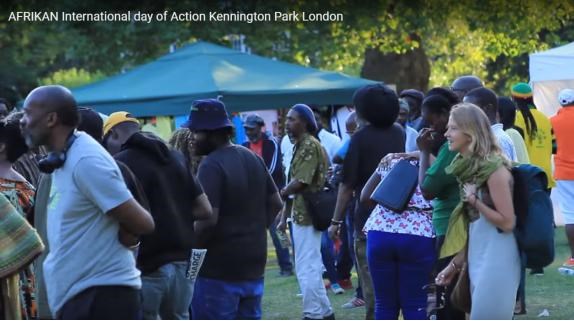 Its an important time for Black People who are waking up. The message is about reparation and repatriation due to the legacy of slavery and colonialisation where some humans were treated and considered to be less than others, captured and stolen away by them and abused for the benefit of other races. This message touches our brothers and sisters in African and Caribbean countries who are still colonised to this day. This issue of white human traffickers who took Black African people as their hostages and enslaved them has never been addressed from its root to this conclusion. It is not a myth as some would lead you to believe. Black People, who today are the offspring of those slaves are still suffering as a result of generational disadvantages caused by others who should be made to help repair the damage.

On Emancipation Day August 2014 a historic march was made from Brixton's Windrush Square to No. 10 Downing Street in Westminister London where a petition was handed over to the British Government that sought for reparations and legal damages for the despicable acts that our ancestors were forced to endure for over 4 centuries of forced captivity and enslavement. The petition covers the ongoing discrimination that is still being perpetuated against the African race, the economic impact and enduring disadvantages still impacting the Black Community UK and worldwide. It was initiated by Rastafari Movement UK (RMUK) under the auspices of The Ethiopian World Federation Inc., Negusa Negast London Local 3 and with support from other Black organisations mostly in London. That historic march was epic, colourful, uniting, joyous and strengthening to the Ras Tafari and Black community. The petition was handed in.

It's important in 2018 that all young people get to know this history and understand how it is still impacting them today. Many of our Black young people are experiencing racism and are unable to recognise it and make the historical link between what happened to Black African People prior to and during slavery and their current conditions and experiences in society. Hence why our day in Kennington Park is so important. Hence why your support is so important to ensure the day is delivered with a full programme of community loving and sharing, cultural awareness, is as safe, secure and is as much fun for the younger children as possible. So that they look forward to this day every year until reparations is fully realised. For these reasons we need your support, please donate as much or as little as you can afford for this once a year community park event.

Due to being treated less than human for over 400 years Black People display self loathing behaviour which stops the community from uniting and coming together for our own growth. Healing and repairing ourselves and our community is key. Slavery was a terrible thing that is still affecting black people now. We need to eliminate self loathing because one of its consequences is our youth killing themselves like they are in a war zone.

Despite limited funds, RMUK continues to seek reparation at all levels, including education, raising awareness and developing viable means of returning to our homeland. RMUK is steadfastly engaging in research and are involved in other activities to raise awareness of the situation. RMUK needs to increase its research, reparation and repatriation teams and your voluntary help in this capacity is very welcome. Continuing financial contributions are also vital.

The Rastafari Movement UK (RMUK) is a community interest company incorporated in the UK in 2014 as a non-profit making organisation. The Ethiopian World Federation Inc.,Local 3 is an international voluntary membership organisation with a branch in London. Together and with the gathering of other Black local and national organisations and other sympathetic organisations RMUK and EWF Inc., Local 3 organise this yearly cultural and historic event in Kennington Park, Lambeth with the theme each year to reflect the diversity, breadth and depth of the African culture and its global achievements of reparation, repatriation, Ras Tafari peace and love culture and to highlight and better the condition of our youth.

I care because I am a Black woman who, as a child didn't understand my history and how we came to be in the UK. Why all the Black characters on TV were never shown in a good light. Why most of the Black children in school didn't do so well compared to their peers. Why our parents didn't have the time to fully participate in our education. I didn't understand why Black people worldwide where facing discriminatory situations disproportionately than other races in their daily lives in their respective towns, cities and countries. Why there is a school to prison pipeline for Black youth and why Black men end up in prison disproportionately more than our percentage in society. I have come to understand a whole lot since then which has armed me with the knowledge and understanding to see history with new eyes, appreciate our place in different societies, to be able to see the present for what it is from an African perspective. I care because I need to raise our achievement as a race and to ensure the future we leave our children is better than the one into which we and they were born into. I care because our ancestors require it, because it is the will of God for Man and is one of the ways in which We, The Black Peoples of the World can effect unity, solidarity, liberty, freedom, self determination and secure justice.

The money raised will go towards the costs associated with conveying this message, securing the park space, the cost of licences for the use of the park, the cost of toilets, cost of the safe stage material, advertising and operating costs. It's little compared to the potential good the event creates.

The Rastafari Movement UK in conjunction with The Ethiopian World Federation Inc., needs your support with as little as £1 to deliver African International Day of Action and Emancipation Day in Kennington Park this August 2018.