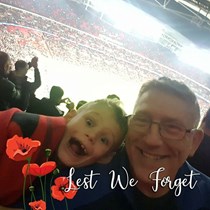 Weʼve raised £14,158 to We did it... We all climb Kilimanjaro and managed to create history by James Rose becoming the first Military Double Amputee to climb Kili. 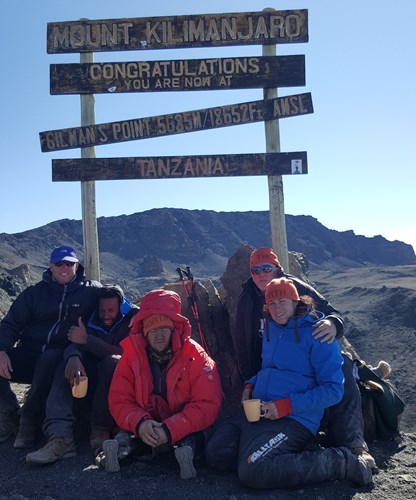 Once the climb is paid for, all donations will be split equally between Help for Heroes and The Royal British Legion. 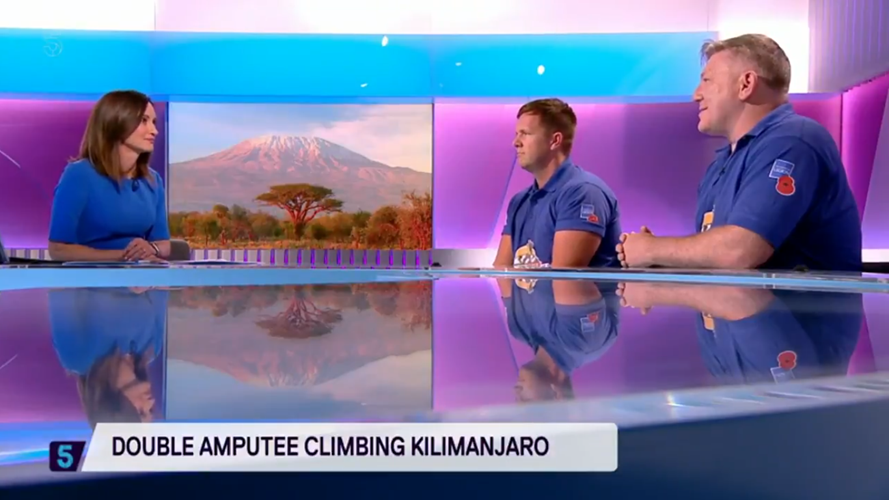 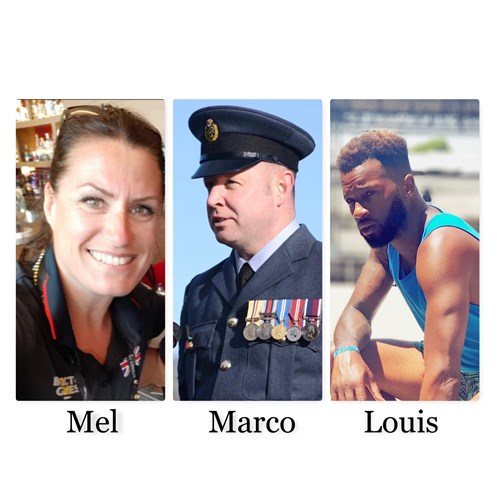 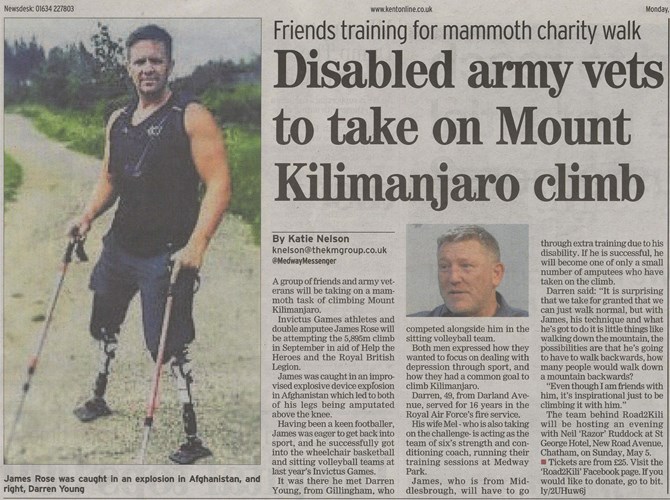 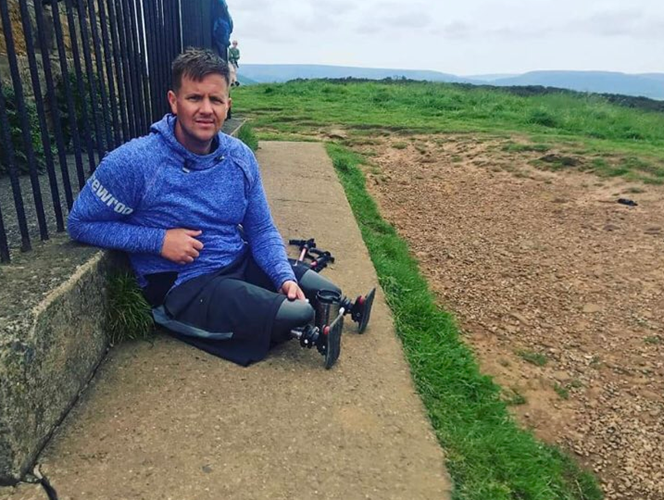 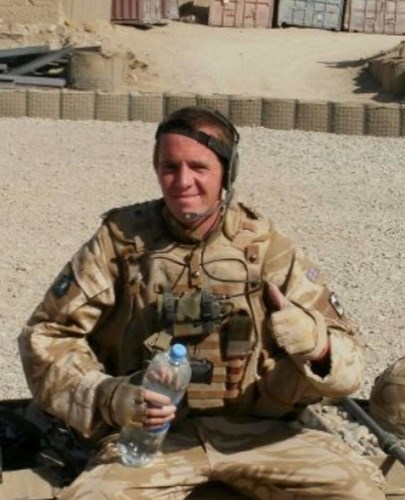 James a Former Green Howard grew up in the North East and as a child supported his local football team Middlesbrough FC, a team he always dreamed of playing for. With his passion for football and fitness he knew his life could go one of two ways, football or the thrill of the military.

His life was pushed more toward the military way of life, but football and fitness were always in the back of his mind and because of this he became an avid Boro fan and season ticket holder until he joined the Army in January 2008

James thrived on the fitness of the military and enjoyed basic training, excelling in all areas before being posted to his first camp Weeton Barracks in September 2008

It was during his time at Weeton Barracks James found out that he would be detached to Afghanistan in 2009, this was one of the reasons James joined the military, to make a difference to the “War on Terrorism” and his first tour would put James in the thick of it.

It was during the month of November 2009 that James was on patrol, an everyday occurrence whilst on detachment; all was going well until this moment James heard a pressure plate (IED) click and he knew in a split second his life was going to change. The results were devastating, a broken pelvis and tail bone and worse of all the loss of both legs above the knee. During the following months James become frustrated with life as the reality hit home, would he be able to walk again with prosthetics? Would he need a wheelchair for the rest of his life and one thing which really did make this all real, would he be able to play football again? Although the dream of playing for Boro was long gone when he joined the Army, James still loved to play football… this was now a long memory which could never happen again… With these thoughts in his head life seemed to be lost, leading James down the path of depression and anxiety, it was only with the support of his family that James would be able to look to the future and see that life was worth living…

So, what was next? James thought about the passion for fitness prior to his injury and decided to try and get back in to shape. Due to the injuries which were sustained James had put on 6 stone and made fitness a hard thing to think about. However, James was determined to not be beaten by the injuries sustained defending his country.

The following days, weeks, months and even years James battled back and lost 5 stone this was achieved by certain challenges which he had set himself. James main way of losing weight was to start rowing, yes rowing with no legs is possible and can be achieved with a static chair, this once again gave James a new lease of life and pushed him to try and become a Para Rower, this was achieved in January 2014 and he is now training with the Team GB Development team. Another challenge was to start and use a bike again, only this time around James would have to learn how to ride a hand cycle, this was achieved in 2017 allowing James to take on the challenge of cycling 65 miles on his new bike in His battling nature was rewarded with the “Local Hero Award for Courage” in 2017

What was next? The challenge of the Invictus Games, James decided to apply for the 2018 team which would compete in Sydney in October 2018. James chosen sports were Wheelchair Basketball and Sitting Volleyball. During the lead up to the trials James attended several training camps which helped him gain his confidence and help deal which his depression and anxiety. In May 2018 James was informed of his successful application and was presented to the World as an athlete at Horse Guards Parade in the presence of Teresa May.

October 2018, James joined the rest of the Team GB team in Sydney where he competed in Sitting Volleyball and Wheelchair Basketball gaining Silver and Bronze (respectively) Due to the success of the Wheelchair Basketball James is now a full-time player training twice per week which helps keep him fit both mentally and physically, in turn helping with his depression and anxiety.

During his time at The Invictus Games James become friends with all his team mates; however, during a chat with Darren Young it was evident both James and Darren had a common goal, dealing with depression in a sporting way. Darren explained that an annual challenge keeps him focused and helps with his depression; what was the challenge for 2019…. To climb Mt. Kilimanjaro.

Could you do it with no legs?

How can it be done?

These are all questions which he had been asking himself, but no one had the answers, however Darren had thought of this challenge only a year prior to the 2018 Invictus Games and had all the answers… and to all of them questions there was a simple one-word answer YES!

Since returning from Sydney, further discussions/meeting have taken place, and this brings us to Crowdfunding.

We would like to raise money so James can reach the summit of Mt. Kilimanjaro in Aug/Sept 2019. However, we would like to share the story with the world and make a documentary about the challenge from start to finish. Training will start early 2019, with a full team of people behind James this is all possible.

***if we do not reach the target of £30k the climb will still go ahead; all remaining money will be split equally between Help for Heroes and The Royal British Legion equally***

I have for over 30 years raised money for different causes, however due to my time in the Royal Air Force i have come across so many friends who have PTSD. As a nation i believe we could do more for all PTSD suffers and it is my aim to raise awareness in 2019 and beyond!