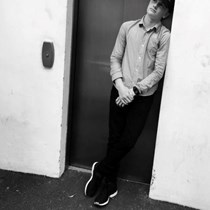 Watch this to comprehend just why we are doing this:

When Robbie Keville was 6, he lost his mummy Kate to breast cancer. He aspired to be a doctor. Possessed of a good mind, there was no doubt that Robbie had the ability to realise his ambition one day. However, aged 8, he himself was diagnosed with cancer – a malignant brain tumour. Despite the best efforts of the wonderful medical staff, he died aged 10 in February 2016.

During his life, Robbie made a great many friends and admirers. Our charity was his idea. He named it, thought of the original fundraising event (the inaugural ‘robbiesrally‘ on Valentine’s Day 2015) and was ambitious for its success.

Robbie was a great favourite with the NHS staff. A natural-born optimist possessed of a gregarious personality, Robbie starred in an NHS video (robbiesradiotherapy) on paediatric radiotherapy and was asked to open a new school room attached to the children’s oncology ward at Southampton.

Robbie was a very popular student at his school, Edgeborough. In June we were deeply touched to hear that his house will be renamed ‘Keville’ in honour of him and Kate.

His family and friends wish to fulfil the aim of robbiesrally, namely to provide staff to rehabilitate children with brain tumours.

With this in mind myself, Charlie Spraggs, Alex O'Dowd, Alex Haynes and Ludo Grant will be cycling 972km miles across France to raise money for this incredible cause.

Mark, Robbie's father is a very close friend of mine and Alex went to school with robbie. This charity is very personal to us and we wish to see it excell