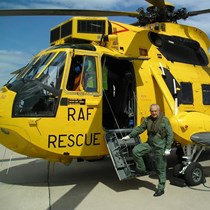 Weʼve raised £8,020 to keep Morayvia alive for a future reopening

Morayvia, a registered charity and company, is an entirely volunteer led organisation formed in 2011 to create an interactive visitor centre in Moray, Scotland to preserve and showcase the area’s rich aerospace heritage. We opened our doors to the public in October 2015 at the former Abbeylands primary school site adjacent to the former RAF Kinloss domestic site and married quarters. We saved a Nimrod aircraft XV244, named ‘Duke of Edinburgh’ with His Royal Highness’ approval, though still located at Kinloss Barracks. Our helicopter exhibits include a Search and Rescue Sea King, an RAF and RN Wessex, a Dragonfly, a Skeeter, and latterly a Merlin. Our fixed-wing exhibits include a 40ft Nimrod forward fuselage, a Jaguar plus a number of cockpits including a Vulcan and Valiant. What makes Morayvia unique is that the majority of our aircraft are open to the public with our enthusiastic and knowledgeable volunteers giving first-hand accounts of flying and operating the aircraft. Just after opening, we were awarded a 4 star visitor attraction rating by Visit Scotland, and Tripadvisor has listed us as the No1 thing to do in Moray. The volunteers’ achievements were recognised in 2018 receiving the Queen’s Award for Voluntary Service, and also Best Aviation Museum of 2018 by Aviation Heritage UK. But Morayvia is more than a visitor attraction centre as it is also a social and support centre for its many volunteers that include men and women from both service and civilian backgrounds. Like many organisations we have not opened for 2020 due to Covid-19 restrictions, so have suffered an almost complete loss of income. Whilst there are numerous Government financial assistance schemes we have found that we are ineligible for most, for example our Rateable Value is £55,000 so outside one of the key grant schemes. We have started this fund as a number of people have suggested it as a way to help us keep Morayvia going until it is once again safe to open. Anyone who donates to this fund will have their name placed on a plaque to be displayed at Morayvia, in recognition of the support given during the Covid-19 pandemic.