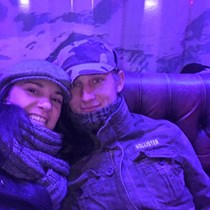 Weʼre raising £5,000 to Robert, a close friend to many my partner for 5 yrs has recently had an accident that could leave him potentially disabled for life.

Robert has had an accident and potentially faces being disabled for the rest of his life. He has no family in London and desperately needs your help.

Robert was initally admitted into hospital with a head injury but was discharged late that night.. A short time after being discharged he went into respiratory failure & CPR was performed saving his life. He was re admitted into hospital were another CT scan was performed, which found that he had a fractured neck and spinal cord damage. He was intubated and admitted into Resus then later transfered to ITU where he remained for a few days. He had surgery on his neck where plates and screws were fixed.

Robert now is in neuro critical care where he will remain until his condition improves.

I know how hard financially London is for people, but I am reaching out to everyone far and wide for your help and support.

All donations will be going to Robert his family.

Thank you ALL in advance.