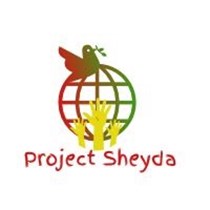 An Asylum seeker is a person who, from fear of persecution for reasons of race, religion, social group, or political opinion, has crossed an international frontier into a country in which he or she hopes to be granted refugee status.

The North West has the greatest concentration of Asylum Seekers in the UK. Support is provided in most boroughs by voluntary organisations. However, Rochdale is currently without a permanent support network. Our aim is to raise money to set up an organisation to provide vital support for some of our nations most vunerable people. We are aiming for £5000 initially in order to set up, with the eventual goal to seek a larger grant from The Big Lottery fund.

Our eventual plan is to establish a permanant base in Rochdale where we can help Asylum Seekers and refugees with a range of complex issues relating to their asylum claims. We will focus on advocacy case work as well as support for the destitute. Our wider aim is to work with the community to help these people to integrate into society which will benefit Rochdale.

Any donation big or small will be greatly recieved.