Richard ‘Dick’ Oxtoby is a loving husband, dad and grandad. His passion throughout life has been football, actually any kind of sport! Playing at BWFC, Runcorn and Tranmere he went on as a semi-pro, amateur and coach. He retired from football in his 70’s after coaching around 500 children and adults in numerous teams, clocking up over 12000 voluntary hours supporting local football. The sad thing is football could be the cause of this terrible condition, as a defender he has headed way too many footballs! He was looking forward to a happy retirement in his new little bungalow with his wife of nearly 60 years. A few weeks after moving in he was struck down with the rapid acceleration of Lewy’s Body Dementia. He has gone from living an independent life to being in hospital and may never get the chance to live in his new home. 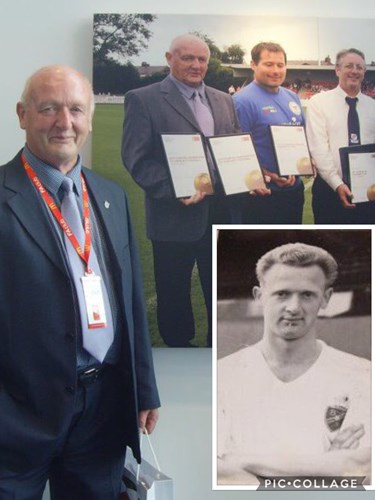 We are aiming to raise funds to contribute towards some of the cost of essential care to support Richard to spend a little while at home, following the onset of a fast and furious debilitating condition. Our NHS and Local Authority Care do not fully fund what he needs, he is stuck somewhere in the middle! These are tough times even for those who have worked hard all their life. This is all about an ordinary person that deserves something extraordinary to happen ❤️

On the 19th March my lovely dad, Richard, was rushed into hospital. I thought that he had suffered a stroke. He could not stand up, he was slurring, slumped to one side and very very confused. As it turns out he had not had a stroke, he was suffering from a severe episode of Lewy’s Body Dementia. This cruel condition had accelerated super fast following a sepsis infection in December and we never saw it coming! 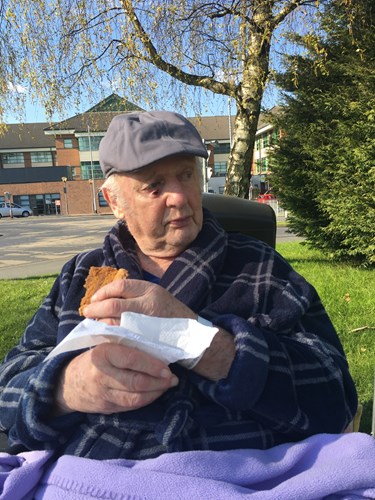 Apparently it is quite common, a nasty kind of mash up of Parkinson’s and Dementia! So a double whammy for poor dad. One day walking in the park the next in hospital being told it is likely you can never go home! Even more cruel when you have moved into your new retirement bungalow just a few weeks before.

So here is my plan ‘Rescue Richard’ as home is where the heart is and Richard’s heart is with mum in their little retirement bungalow! To have a little time at home dad needs night waking care and probably day care too. Out of reach for an every day family.

This condition could have been caused by dad heading footballs nearly all his life. He was a professional footballer as a young man, BWFC was how he found his way to Bolton, found his way to mum. He retired from coaching football in his early 70s. Football is his passion, in his blood, he was even football coaching the nurses last week! 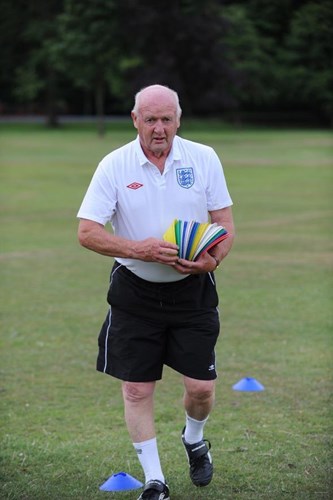 We can either be passive recipients and accept that when you are an ordinary family, when you get old and ill you don‘t have a choice. I just want dad to have a choice.

It might be that dad is unable to be cared for at home, we need to move fast. If we cannot make this wish come true ROFC will be used to make dad’s life comfortable, try to get him home during the day, contribute to other care packages. I commit to manage ROFC with integrity and transparency. You lovely kind donors will be kept informed about how funds are spent. As a family we are hard working, self sufficient and it feels uncomfortable discussing this very private matter so publicly. I suppose when you have to fight you fight and my darling dad is worth the fight. 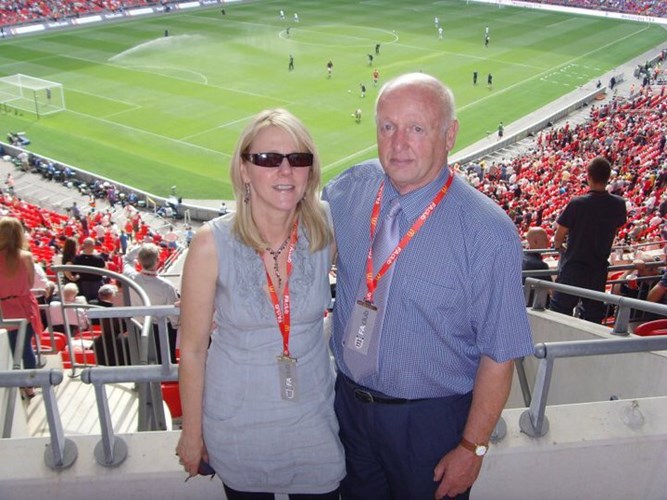 Thank you for listening ❤️ 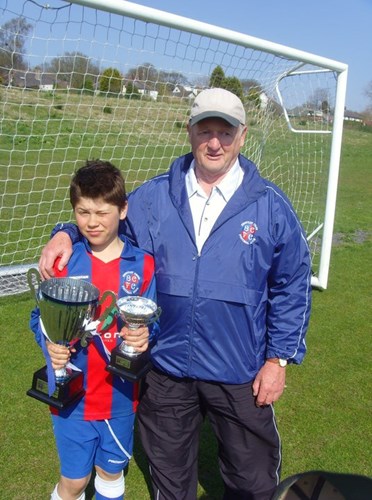 Just a determined daughter trying to find a way to bring her dad home with the specialist care that he needs for a little while. The fundraising target will be matched with family savings.