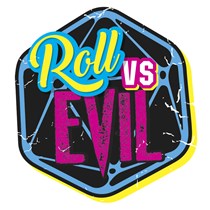 Weʼre raising £100,000 to fund small frontline groups and charities working to support the people of Ukraine affected by the war

RollVsEvil - Why fight evil on the tabletop if you don't fight it in the real world?

RollVsEvil is a new initiative to give our gaming community a way to support small groups and charities working directly on the ground where we can see verifiable immediate results and know that we are changing lives. RollVsEvil’s first campaign is in support of people suffering from the invasion of Ukraine, with the first of many RollVsEvil gaming events starting this coming weekend.

We will hold a series of events - and to keep it simple, just play any games, online or in-person starting this Saturday, March 26 (it can be later but this is our first focus since this is urgent). Each player can throw down a few dollars for playing, pay a few dollars to re-roll the dice or draw another card! Then donate the money on this page. We also have a commitment to match any money raised here up to a total of £100,000!

Here are some examples of the projects we have already supported with approx $50,000 of funds raised so far

* We’re providing funding for a group who are helping vulnerable people, such as the disabled, LGBT and senior citizens with pets to evacuate, they may need physical help to get out of their apartments and onto a bus to safety - two buses have been funded already.

* Reaching out to hospitals in Lviv and Kyiv and sourcing specific medical supplies directly from manufacturers for them. $15k of medical splits shipped to Lviv.

* Funding for two weeks plus 6 laptops and Starlink satellite internet connection for a group working with hostels in Poland to give families and single parents an immediate refuge, providing internet access and safety whilst they find a more long term home during the war.

* Sourcing donations of supplies such as camping gear, food and medical supplies for the growing displaced people within Ukraine and shipping them to a team in Lviv who then distribute to those most in need.

* Supporting the work of ICANHELP.HOST , a self-styled free “AirBnB” for displaced people, created by a group of Belarussian IT professionals who fled persecution in their country with a free major PR campaign.

Next, we want to support charity A21 who are working on the borders to help combat human trafficking and the gangs who target the vulnerable. Whether providing warning and safety advice to people crossing the border or working with the Ukrainian police and Interpol, we hope to give them the resources to rescue those who’ve been targeted and stop many more from falling prey to the gangs.

All of the above have been chosen because the projects have a real, immediate effect now or in the coming days and weeks. We are tracking how funds are used, following up with evidence, photos, videos and testimonials to demonstrate the effect your financial support will have.

Find out more at www.rollvsevil.com

RollVsEvil is a not-for-profit company set up by Chris and Rita Birch, founders of Modiphius Entertainment who raised $50,000 together with friends Paul and Linda Wedgwood of Supernova Capital. Paul and Linda have also agreed to match any funds raised up to £100,000!