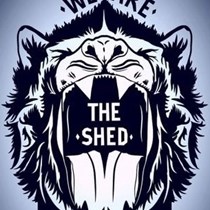 Weʼve raised £1,016 to help fund a display to celebrate 15 years of Roman Abramovich.

This season marks the 15th year of Roman Abramovich as owner of our football club and we are raising £800 to create a display, planned for our first home game against Arsenal, to commemorate his time so far at Chelsea.

The time, ambition and money that he has devoted towards Chelsea has turned us into one of the most successful teams in Europe and the club would not be what it is today without his influence.

The start of this season seems a good time to commemorate and thank Roman for everything he has does as owner. Particularly after the rumours which have circulated this summer about his departure, we would like to express our support and appreciation for him.

The display will highlight his passion for the club and will refer to the number of trophies we have secured under his ownership (excluding Charity Shields of course, we aren't Arsenal). There will be a banner for each trophy, one text banner and a crowd surfer and we estimate in total we will need to raise approximately £800 to make this happen.

As always a donation of any size will help, even £1.  We as a group strive to express the supporters views in the stands and a donation towards what we do means you're helping Chelsea supporters express their love, passion and identity to the club, the players and other supporters - so thank you to all who choose to donate and who have donated in the past.

Any amount we raise that we do not spend on this display will be used for future displays.

If you have any questions please do not hesitate to get in touch.