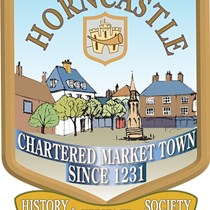 Help save Horncastle's Roman Wall by sponsoring a stone for just £10. We have already raised over £1,000 in public donations, but now we are taking our sponsorship campaign digital, to make is even easier to get involved.

For every £10 donated we can ask Historic England to contribute £90, giving us £100 towards the vital work needed to save this nationally important monument from collapse and decay.

Your contribution will be recognised on a special plaque at the Horncastle Community Centre with all the donors names. Although if you prefer you are welcome to donate anonymously. 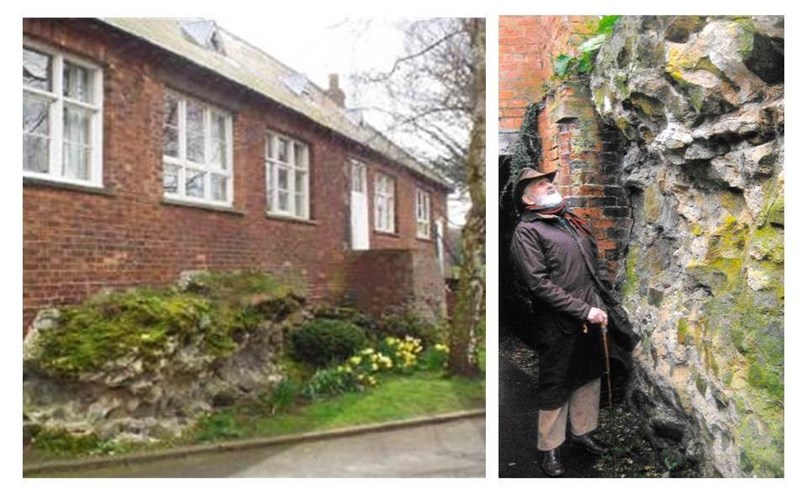 Horncastle's Roman Wall is unique! It is nationally important and is protected by law as a Scheduled Ancient Monument and a Grade I Listed building, making it as important as Lincoln Cathedral or Stonehenge.

A monument the preservation of which is of national importance. - His Majesty's Office of Works, 1929

Why the wall was built remains a mystery. One theory is that it was a part of the late Roman defences of Britain, which also included forts built along the 'Saxon shore' between Brancaster in Norfolk and Portchester on the south coast.

The fortification at Horncastle might have been part of a second line of defence, from which troops could be sent out to intercept barbarians, making sure they did not reach the wealthy city of Lincoln. 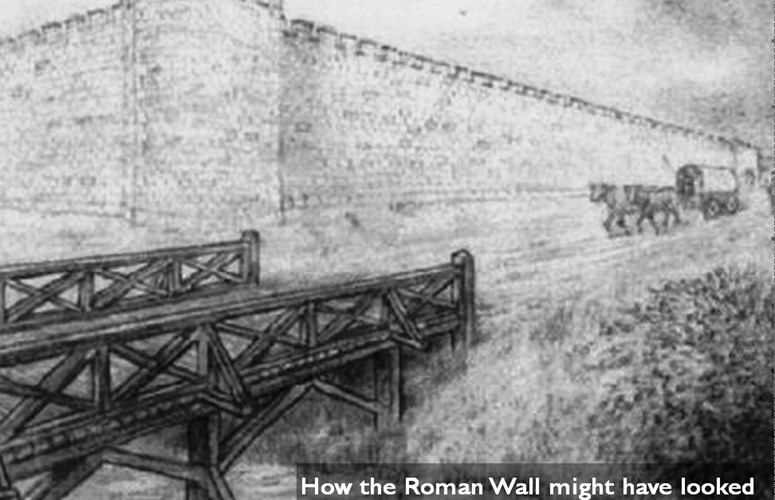 The Roman wall is a reminder of Horncastle's ancient origins that stretch back over 2,000 years to the Iron Age, when people first decided to settle and live together here in what we would today think of as a village.

Under the Romans the village became a flourishing small town, able to import luxury goods from across the empire. The massive stone wall was built in the angle between the rivers Bain and Waring during the difficult and dangerous last years of Roman rule in Britain. The Roman name Banovallum is thought to come from this location in the corner between the two rivers.

Horncastle's Roman Wall would have been a place of safety in the dark days that followed the collapse of Roman rule in Britain. The wall was strengthened in the Anglo-Saxon period, and Saxon graves have been found outside the walls, suggesting people continued to live inside.

Horncastle gets its name from the Roman Wall. From the Anglo-Saxon Hyrne-ceaster, meaning "fort in the corner".

Anglo-Saxon and medieval Horncastle grew up within the ancient walls, surrounding the church, manor house, market place and most of its houses. As defence became less important people robbed stone from it for new buildings, or incorporated the wall itself into new houses and shops. Pieces can still be seen in Jabberwock Books, the Library and several houses. 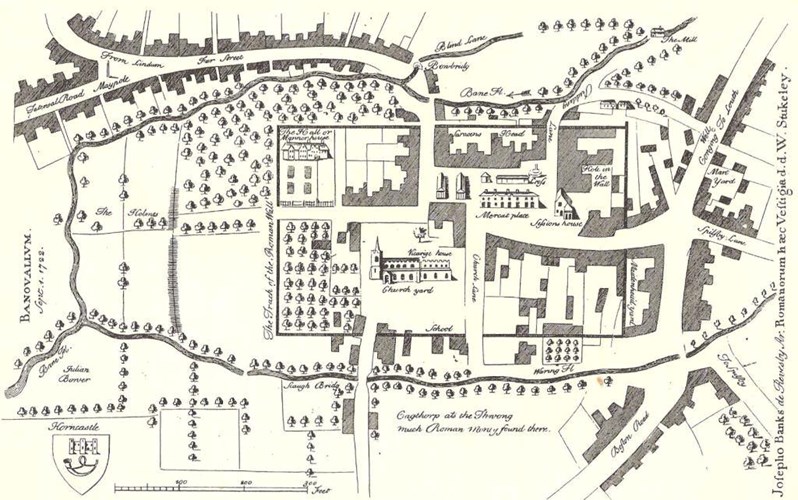 Your Heritage Is At Risk

The Roman Wall has now been on Historic England's Heritage at Risk Register for decades. The most vulnerable sections are part of the west wall at the Community Centre on Manor House Street and part of the south wall behind St Mary's Square. The section off Manor House Street is one of the most visible in Horncastle, and the section behind St Mary's Square includes both the highest and longest lengths of wall that have survived.

We need to save the wall for future generations

The custodian of these parts of the wall are the Horncastle & District Community Association. As a charity its volunteers already work tirelessly to maintain the town's Community Centre and the essential services it provides. That's why Horncastle History & Heritage Society have joined forces to help them lead a joint community campaign to save the Roman Wall.

We have already commissioned a detailed condition survey from expert Dr David Watt that has identified and costed the work required to stabilise the wall and halt further decay. This complex and specialist work will cost in the region of £100,000.

In December we submitted a grant application to Historic England, which if successful will cover 90% costs. However, in order for them to invest this public money we need to show that we can raise £10,000 in match funding.

Whilst we hope some of this will come from local grant giving bodies, everyone can help by sponsoring a stone

Chairman of the Horncastle History & Heritage Society, registered charity No. 1082147.