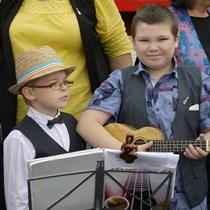 Weʼve raised £9,423 to Please help fund Ronnie Lord's medical tests and treatment, so he can be fit enough to fly back home to the UK for life saving treatment.

Ronnie was born and raised in the Ribble Valley in Longridge as was his parents. Ronnie is 59. He worked at Goss's Preston most of his life from leaving school. He transferred to Belgium where he met and married his first wife. He took early retirement. They both moved to the philipines for a happy retirement. But sadness struck, she had a stroke and passed away. Ronnie did find happines again. He is now married to Rebecca. They have a little girl aged 9 called Shanieka.

Unfortunately Ronnie started suffering with a sore throat which became worse and he became very ill several months ago but has only now through desperation told family and friends. From what the Doctor can see he has 3 left lateral masses, involving pallate and tonsels. Ronnie has lost so much weight due to not being able to eat/swallow properly. The Doctors want him to go to Cancer specialists for scans etc 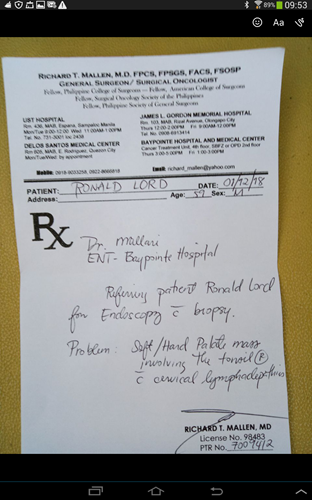 Ronnie has told family that they have ran out of money now for any further medical treatment. Ronnie needs further tests, scans and treatment to determine exactly what type of tumours he has. It costs around £250 just to be admitted to the hospital and about £50 a night to stay in hospital. Then individual pieces of equipment, drips, medication and treatment has to paid for seperately. 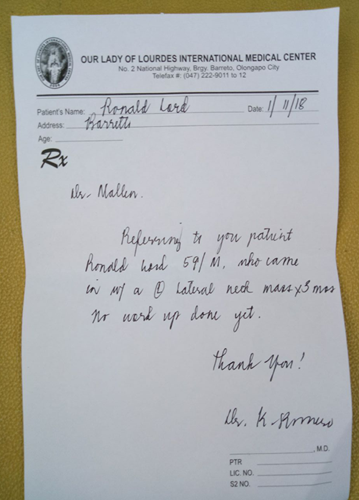 Family have contacted The British Consulate, The British Embassy, The Home office. They have no monetry funds but can help with advice/paperwork/passports etc. They did say that he can not fly home without a fit to travel certificate.

Family and friends are sending Ronnie what they can but that has only been enough to see the Doctor, recieve a bacterial mouthwash, 12 painkillers and a tub of food suppliments.
Family and friends are raising money to get Ronnie all the medical tests and treatments he needs in the Philipines so that he can get fit enough to come back home to the Ribble Valley where he was born, raised, and worked. 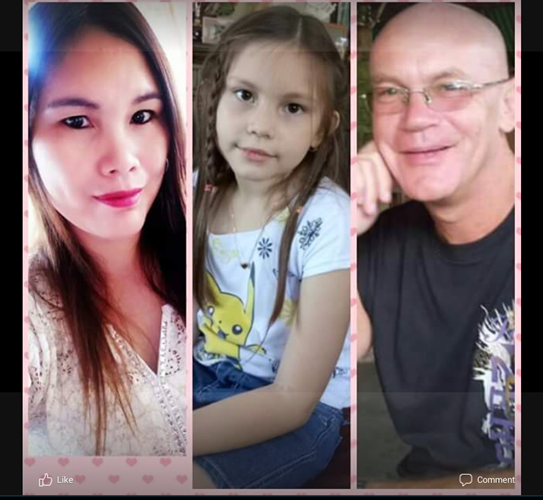 Raising money for a very close family friends brother who is seriously ill and living in the Philipines. They are a lovely family who will do anything for anybody.