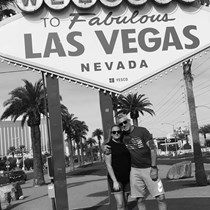 This beautiful smiley girl is Roonagh Faith O’hAllmhurain born 29th March 2018 just weighing 1lb 7oz and it was the start of a long battle for her and her family. But she is a fighter and you will often see her amazing smile pop up on Facebook.

Roonagh was born with chronic lung disease due to her being very premature, alongside this she also has CHD (A congenital heart defect). Which she had surgery for in December at just 10 months old. Roonagh is a little local star, her parents Emma Jay and Mikey O’hAllmhurain are Hadleigh people and many of you are aware of this family journeys.

Emma and Mikey have shown such strength during Roonaghs journey and it’s with a sad heart that I can say it’s not yet over, there is still a long road ahead. During a routine appointment and checking her heart in February, Roo appeared unwell and was admitted to A&E where, after testing, Emma and Mikey were delivered the devastating blow that their daughter had a malignant tumour on her liver.

She was transferred from Evalina London Children’s Hospital to Great Ormond Street Hospital and is now being treated at Addenbrooke’s in Cambridge.  She completed her third round of chemotherapy last week, which meant she was allowed to return home in time for her birthday celebrations.

While scans show the cancer hasn’t spread from Roonagh’s liver, the family say she may need a liver transplant and they are waiting for her to be admitted to a hospital in Birmingham for an assessment to remove her tumour.

Please help me get behind this amazing family and show our support. As much or as little as you can afford will help Roonagh, Emma, Mikey, the rest of their family and lighten their load at little.