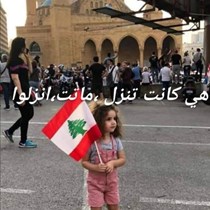 Weʼre raising £20,000 to Rotary Club Beirut Cedars (District 2452) to help citizens affected by the explosion of Tuesday 4th August- from Rotarians and friends!

At Christmas 2019, 50% of the population was under the poverty level with the minimum monthly salary equivalent to $400 worth $70. Everyone’s bank savings was stuck in the banks.

Then came the lockdown for Covid-19 which made matters worse. While Syrian refugees kept receiving funds from donor countries through the U.N. offices, this was denied to the Lebanese because they are not considered refugees.

Since October 2019 my club turned its attention to the hunger situation and started working with the Lebanese Food Bank to offer families food boxes. It was estimated that over 400,000 families were in great need of food supplies.

In June 2020 we started the Rotary Beirut Cedars “TheFoodBox”- the box is labelled Rotary with TheFoodBox logo. Up to end July we had delivered 5,000 food boxes ((1,800,000 meals) with the help of all 28 Rotary Clubs in Lebanon and through established NGOs.

The Blast on 4th August and international; response

The huge blast on Tuesday August 4 demolished half the homes in Beirut killing over 125 persons, injuring over 5,000, leaving several persons unaccounted for and 300,000 persons without homes.

Countries are now sending field hospitals while our own Club Physician, Dr Grace AbiRizk has set up a tent in downtown Beirut and, with the help of a medical team from Hotel Dieu de France, is giving first aid help to patients who can’t enter saturated hospitals as 3 hospitals were completely devastated by the blast.

(a Food to families, both in Beirut but also throughout the country. Food can be purchased locally from importers / wholesalers.

(b) medical supplies (because of banking and financial collapse there has been no replenishing of medical supplies for operations). It is best to send them through diplomatic-channels to be received by your Embassy in Beirut.

80% of private schools may be closing down this coming school year. We will keep you updated.

Beirut is on the international news for the past 24 hours with the most disastrous accident affecting the capital in 30 years on top of the pandemic and the tough economic situation with the Lebanese Pound losing 80% of its value.

International citizens living in Lebanon have described their experiences of Tuesday's devastating explosion as the worst seen in their lifetime.

Lebanese are now surviving and not living.

Let's translate our words into actions!