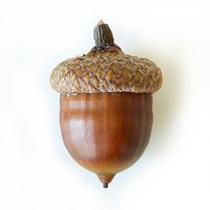 Friends of the Royal Oak

The Royal Oak was once heart of the Cheadle community, but over several years it suffered from a lack of investment and finally closed in 2013.

A short time later it was sold to developer who intended to turn the building into apartments. While some work was started, the building has remained empty and continues to deteriorate.

Friends of the Royal Oak is a community group, which was formed in February 2020. The aim of the group is to investigate the purchase of the building, with the intention of transforming the building into a community asset, which would be supported by commercial activity.

The building was registered as an Asset of Community Value by Friends of the Royal Oak shortly after forming and this status was confirmed in April 2020.

During March 2021 the group were awarded an AHF (match funded) grant of up to £14K. This grant will be used to engage experts/professionals, in order to complete a Project Viability Report.

To access this grant money, Friends of the Royal Oak need to raise 10% of the grant amount. Some of this money has already been raised thanks to a donation from Cheadle Town Council, but there's still a long way to go!

If you'd like to see the building come back into use, for the benefit of the community - please consider donating to this campaign.

Friends of the Royal Oak