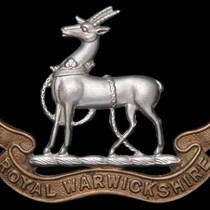 Weʼve raised £2,622 to help fund a Plaque for the regiment in Lebisey Normandy & also in support of Royal Regiment of Fusiliers Museum (Royal Warwickshire)

Lebisey Normandy
In memory
Funded on Monday, 31st May 2021

In 2020 the Royal Warwickshire Re-enactment group started work in contacting the French Authorities about getting a memorial to the men of the 2nd & 1/7th Battalion's Royal Warwickshire Regiment soldiers that lost their lives for the first battle of Lebisey June 7th 1944 and the subsequent fighting in Normandy up until its liberation in July of that year.

In late November 2020 we finally received the news that we could put up a memorial plaque in Lebisey and we have been allocated a location on the edge of the old Lebisey wood and a stone block.

Many soldiers that were killed on the 7th June 1944 have no known grave and are memorialized at the Bayeux Memorial France, the loses inflicted that day and the subsequent days thereafter would see the battalion reduced heavily.

There is no memorial to the Royal Warwickshire Regiment in Normandy.

It is important that the soldiers who died for the liberation of Normandy are remembered for now and generations to come.

The site of the memorial is located at a vehicle turning point at the end of the rue du perthuis Herouville Saint Clair, near what is left of the original Lebisey Wood

The Plaque will be unveiled on the 7th June 2021 the anniversary of the first battle for Lebisey by the 2nd Battalion Royal Warwickshire Regiment.

For more information please visit the below links