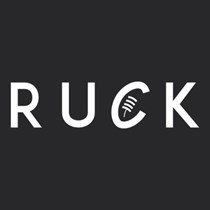 Weʼve raised £7,500 to give to the unnamed PC/RUGBY PLAYER who took on the three terrorists last night on London Bridge.

An off-duty policeman - an amateur rugby player - was stabbed after tackling one of the three attackers. He remains in critical condition.

Met Police commissioner Cressida Dick praised the "utterly heroic" actions of the officer, who was taken to hospital in a police car.

She said: "It's hard to pick out individual stories but I am immensely proud of him and what he did."

To show our appreciation for the brave rugby-playing policeman who's selfless act defending the public in the London Bridge terror attack saved countless lives, RUCK has teamed up with Rugby Pass​ and Rugby Union Reddit to raise money for him and his family during his recovery.

100% of the money raised will go to him in some capacity!

We will keep everyone updated on what happens at our website RUCK.co.uk and on our Facebook page @ruckrugby.

100% of the money raised will go to him in some capacity!

For any further information you can also email the editor of RUCK - steve@ruck.co.uk