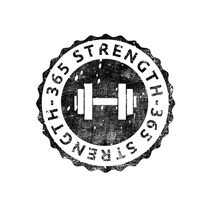 Think Insurance are helping Tommy, a local boy who had previously contracted the B strain of Meningococcal Meningitis and Septicaemia, by supporting ‘Run for Tommy’, an event in aid of raising money to put towards his ongoing need for prosthetic legs and aftercare, and we want to help raise awareness and donations.

As a company, we are always keen to support local charities and good causes, and recently a situation that is a little closer-to-home came to light involving a little boy called Tommy. Tommy Brown was living a life of joy and wonder that any normal 5 month old would, until the morning of Thursday 8th March 2012 where he woke at 5am with feverish symptoms - the events that unfolded next happened shockingly fast. By 8am Tommy had developed a purple blotchy rash on his body. His mother rushed him straight to the GP who took one look at Tommy and gave the devastating news that he needed an ambulance right away – he had been diagnosed with the B strain of Meningococcal Meningitis and Septicaemia.

Tommy was immediately taken by ambulance to the Accident and Emergency department at Walsall Manor Infirmary where medical staff spent several hours trying to stabilise him. In that time, Tommy’s heart had stopped beating and he had to be revived. He was moved to Leicester only to be transferred again because his kidneys had shut down. Tommy had begun to turn black and was now at 3 times his normal size.

His distraught parents were told of the devastating news that he was going to lose all four of his limbs and that he had only been given a 5% chance of survival. He was then christened and underwent a procedure that would see some of the pressure relieved from his limbs.

On March the 22nd, only 14 days after his initial symptoms, little Tommy had a major operation to remove both of his legs below the knee, his right hand, and all of the fingers on his left hand. This was later followed by a further operation to remove Tommy’s right knee as it was not healing correctly.

Tommy is certainly a fighter! Doctors said that is was a miracle he survived and without any brain damage. It was also said that they had never known a child so poorly survive so many amputations at his age.

Run for Tommy will take place on Sunday the 5th of November 2017, with the aim of raising £3,000 to help towards the cost of Tommy’s ongoing need for prosthetic legs and his aftercare. The run will take place at Stanford Hall, Leicestershire and with 45 of our employees participating, our aim is to take on and conquer the 10k Winter Wolf Muddy Obstacle Course. Any donations would be greatly appreciated and can be made through their JustGiving page: https://www.justgiving.com/crowdfunding/runfortommy.