Weʼve raised £11,900 to support the charities helping #FreeNazanin: Amnesty Scotland, Redress Trust and Center for the Defenders of Human Rights 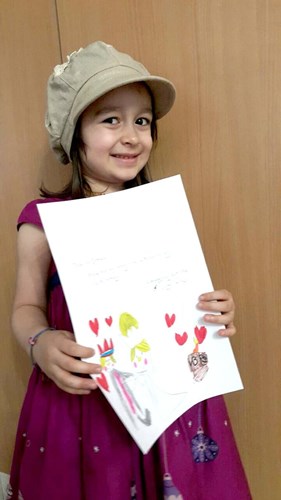 Update: Thank you to all the hundreds of supporters who have donated so far. June 11th 2018 marked Gabriella's 4th birthday and with all your support we reached our provisional target of £10,000. Your money will do so much to help these amazing charities that have supported us so far. We will keep the donation page open until the end of June so there is still time to donate if you haven't yet. #FreeNazanin

We did it - thanks to all who ran and came from afar to support. There is still time to donate to these amazain charities - the page will stay active until the end of June. #FreeNazanin 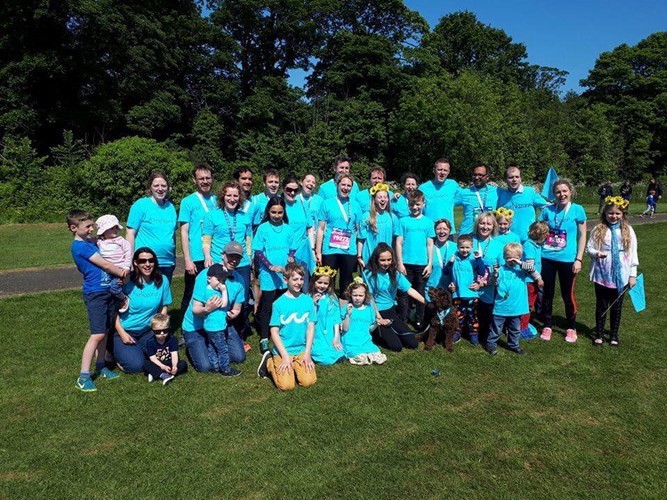 Nazanin Zaghari-Ratcliffe is a British-Iranian mother of 1 who was detained when leaving Iran in April 2016. She had taken her then one-year old daughter Gabriella Ratcliffe to visit her family for Nowruz, Iranian New Year. After several months of solitary confinement Nazanin was sentenced to 5 years imprisonment and remains in prison to this day. Her daughter Gabriella, who turns 4 next month, is stranded in Iran with her Iranian grandparents. Richard Ratcliffe, Nazanin’s husband has not seen either his wife or his daughter since March 2016. For over 2 years our family has been fighting for Nazanin’s release. We have had several ups and downs along the way but we family have never disbelieved in her innocence or her right to be free. Despite our false hopes late last year, she remains in prison.

Throughout all this harrowing ordeal, there has been neverending support from Amnesty UK and Redress. These charities, as well as others, help victims of human rights abuses (sadly, Nazanin being just one of thousands), helping secure their release as well as providing vital support to the victims and their families during detainment and after. Such support has been and continues to be so important to Nazanin and the family. With recent events in Iran, the threat of the breakdown of the nuclear deal, Nazanin’s hope of freedom this summer fade away. Her story has turned from one of a sprint to one of a marathon.

So this May Bank Holiday weekend, family and friends of the #FreeNazanin campaign travel to Edinburgh to run in the Edinburgh marathon relay. For Richard and Nazanin, Edinburgh holds a special place in their hearts. It was where Richard went to university and they would often take short breaks there, visiting friends, going on walks, eating ice cream in Leith. It is one of their shared memories they both wish to revisit when reunited. Earlier this year, with the hopes of imminent release, Richard and Nazanin decided to enter the marathon relay to raise money for the human rights charities who have supported them. While Richard and friends of the campaign have been training in the UK, Nazanin has only been able to run in the small courtyard in Evin prison. As we get closer to the date, it looks much less likely that Nazanin will be able to enter in person.

So we run for Nazanin, as a positive signal to her and other prisoners that no matter how far we have to run, we will endure it. She remains forever in our hearts and we will not stop running until she’s home. #FreeNazanin

All proceeds raised go towards Amnesty Scotland, Redress Trust, and the Iranian Nobel peace prize winner, Shirin Eabadi’s charity Center for the Defenders of Human Rights, as well as others.