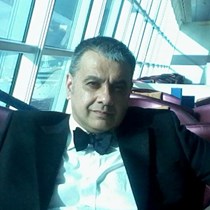 Weʼve raised £27,005 to run a campaign to effect change at a football club

The Real West Ham Fans Action Group (RWHFAG) has been set up to galvanise the club to make good on promises made when moving from Upton Park to the London stadium generally and primarily in two key areas:

whilst the administration of running the group is on a self funded volunteer basis, effecting change of the magnitude required will be enabled mote effectively with monetary contributions which have been offered but to date declined due to lack of transparency - this just giving page affords an opportunity for said transparency.