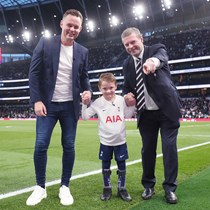 Weʼre raising £50,000 to help Ryley achieve his dream to walk

Ryley was born 11 weeks early and he was already fighting a battle. He was diagnosed at our first pregnancy scan as having pulmonary stenosis which is a congenital heart disease. We were petrified that he wouldn’t make it, little did we know this was only the beginning. He was born in a very poor state, in actual fact he was resuscitated and on the 3rd attempt he look his first breath. This was where his cerebral palsy journey started but at this point we had no idea about it or what that meant for him and us as a family.

On his actual due date he had an operation inserting a balloon into his heart which would open up the valve to help blood pump round correctly helping the pulmonary stenosis. Then when he was nearly 1 we realised he was not hitting his milestones and after speaking to various professionals and having numerous tests including MRIs he was diagnosed with Spastic Diplegia Cerebral Palsy and periventricular Luekomalacia. We were told Ryley will never walk, talk, feed properly and have numerous other medical issues. We as parents would not accept him not being able to walk, like any parent you want to try the best for your child. So we looked into Ryley’s condition and what, if anything could be done. Ryley was unfortunately rejected by the NHS but after doing some research we found a surgeon in America that after reading Ryley's medical notes and X-rays thought he could help. So last September during lockdown we made the gut wrenching decision to leave our daughters here in the UK for a month with their grandparents to try and make a better life for Ryley & for them, so he could join in with them playing with the hope of him being able to one day walk. It was a tough month watching and praying we had made the right decision for him but after the Spinal Dorsal Rhizotomy operation and hamstring lengthening we instantly noticed a difference. He was like jelly where as he usually was ridiculously rigid which made everything a challenge. Now back home he has 3 private physio sessions a week which is needed to stop the muscles going tight again, he needs bespoke orthotic splints for his legs (new pair every year) and wears night splints. At the age of 5 he has defied the specialists by being able to do all the things they said he would never be able to do and now he is taking very important small steps which is unbelievable. Ryley will always have cerebral palsy but it will not define him 💙 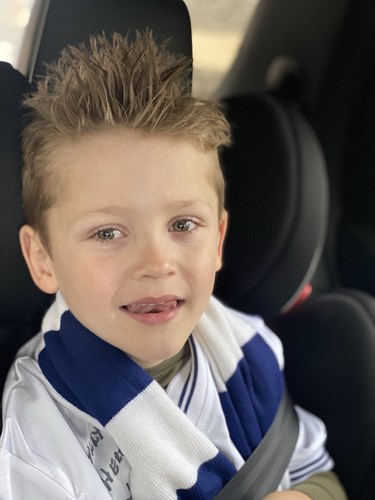 Thank you for taking the time to read Ryley’s story.