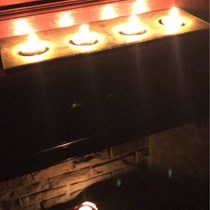 Danyal is a young boy who I found laying on the streets unconscious in Pakistan whilst I was on my holiday. I got him admitted to the hospital where he was diagnosed with Acute Lymphoblastic Leukaemia. After speaking to Danyal about who he was and how he got into this horrible state he told me that he didn’t really know his name and so, decided to call himself Danyal. He had no memory of who his parents are or if he ever had siblings. He doesn’t even know where his home was or if he had a home. From what he recollects, he grew up on the streets, he has no friends or family. He has made his living by polishing shoes or helping people carry their bags for what he says were pennies. Sometimes people swore at him and sometimes kicked him, he said this was normal for him. Some weeks he ate other weeks he hadn’t eaten for days or drank anything as he had no money. When I found him, he said he had been having dizzy spells and feeling lethargic for quite some time but obviously thought it was the normal state to be in, as he had been like this since he remembered. I was saddened by this little boys story, no child should be living like this. To try and keep Danyal alive and provide life saving treatment it is going to cost atleast £14,770 but i believe we can do this is if we all participate. Even the smallest amount will make the greatest difference.