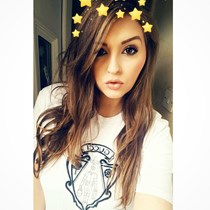 Weʼve raised £670 to I have been pushed to give this a try. I am raising a deposit so i can move to keep my daughter safe from drug users on my current property.

I have had a few people to tell me to give this a go...i was reluctant as i didnt think it would work and i feel awful asking for this kind of help but i am desperate.

My name is Sallie, I am a single parent of a little girl, I currently work part time to raise my daughter the best i can and after a good 5year struggle i managed to get myself and my daughter a home to live in.

even if i cannot raise the amount for a deposit investing in some cctv or alarms ect would be a good idea to get more evidence to be bale to get help from somewhere else to move.

Recently our home has just become a house due to drug dealers, drug users, street drinkers and violent attacks on both me and my daughter. These people have broken my doors, gates and lights to gain acess to my property to use class A drugs leaving behind their needles, foils, wraps, spoons and so on. They have also used my property as a toilet and a place to sleep or pass out from the drugs. They have also blown their heroine and crack smoke straight into mine and my daughters faces. Many times she has had to inhale their fumes.

I have had to call 999 on many occasions and both me and my daughter have been confronted by them threatened and spat at including threatening our lifes. The police arent able to do very much even tho the local police team have been very supportive, when calling 999 they don't oftern attend at all. The local council wont help me move and i do not have the funds to get a deposit to move and make my daughter and my life safe again.

My landlord has made situations worse by harassing me, being rude to me and talking to me like I'm a silly little girl. refuing to replace the gate or make us safe inside by having working fire alarms or the gate to be kept shut. I'm currently still paying rent for somewhere I'm not living and they don't care. He has also broken laws and data protection and has threatened me many times recently with eviction because I've been asking to be kept safe and have my flat kept legal.

I have been put on anxiety tablets and i have not left my house unless someone is with me or im being driven in a car as im scared to be confronted by these people again, I have been told they have attacked people with needles and do not want my daughter witnessing it anymore as it is effecting her now too.

I have tried everything in my power and i am still fighting this loosing battle.

I have 3000 pound in a deposit trust that i am willing to give to a single parent family struggling to get housed by the council to put a deposit down on a house or flat for them so they have a place to call HOME. I cannot access this money untill i move.

Im Sallie, Single parent of one, A little girl :) I live in Hanwell west London. I am 26 years old, And i need help desperately. :( I am willing to give back to the cause of what is helping me!