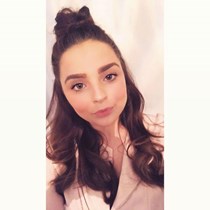 Weʼve raised £2,220 to raise money to help support Sammy and her Family as she battles Lymphoma

Our beautiful little cousin, Samantha, is facing the toughest battle of her life at the age of just 22.

Here is her story:

On 24th December 2017, after a healthy pregnancy, Sammy and her partner Daley welcomed their beautiful daughter, Harper-Gray into the world. Sammy took to motherhood straight away and was enjoying spending every minute with her new little daughter. In March 2018, Sammy suffered severe chest pains, which resulted in her being sent to A&E. After hours of waiting, Sammy was given the diagnosis of a blood clot on her chest. She was given treatment for this and was sent home that day, to return the following day for more treatment. The next day, Sammy returned to the hospital for a CT scan. The scan revealed that she did not have a blood clot; however, they had found a lump. Sammy was told that the lump could be something more serious; however, they suggested that it could be something sinister like Pleurisy. After a few weeks of hearing nothing and assuming the diagnosis was correct, to her shock, she received a letter in the post from Macmillan asking her to attend an appointment. As Sammy was still feeling unwell, her gut told her that something wasn't right. At that appointment, Sammy was told that they suspected it may be a cancerous tumour and more tests and scans needed to be carried out. Following all her tests, Sammy received the worst news of her life on the 9th May, she has Lymphoma. At this stage, they were unsure of the severity and type of the cancer. Following a biopsy, which was carried out weeks after her diagnosis, she was told she has Non-Hodgkins, Lymphoma, which has now spread around her heart, lungs, neck, chest, armpit and collarbone. Sammy had her first chemo on 28th June and will continue treatment for the next 6 months. Becoming parents is supposed to be the happiest time of your lives. Whilst Sammy should be enjoyong maternity leave with her baby, she now has to fight this battle.

For anyone who isn’t aware, you do not receive any financial support when fighting this battle. This is why we have set this fundraising page up to support our Cousin during this difficult time. We have set this target to help cover rent and everyday bills while Samantha is not well enough to Work. All donations, will be greatly appreciated by us all.

We are so proud of You, Samantha, You can do this!

Thanks in advance for your support and well wishes for Samantha!