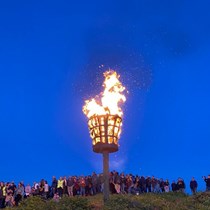 Weʼve raised £1,250 to purchase and install a public Automated External Defibrillator for Sancreed

UPDATE Monday 11th July: Since the article in Cornwall Live broke, so many people have given generously to this appeal, many of them from way outside Sancreed. Thank you to each and every one of you. If you still feel like donating, we promise that any excess funds will be set aside to be donated to (an)other AED appeal(s). The fundraising is being overseen by Ros Fletcher, Treasurer of the Sancreed Village Hall Committee.

Did you know that your chance of someone surviving if their heart stops is very dependent on how quickly a defibrillator makes it to them? For every extra minute it takes to get there, their chances worsen by 7-10%. So, while there are defibrillators in Drift and Newbridge, by the time you have driven there and back, the chances of your loved one surviving have more than halved.

And it isn't just older members of the community who might need a defibrillator to save their lives.

Charlie and Kerry Osborne's two-year-old grandson Arlo woke from a nap after being unwell throughout the night. He was cuddling his mum when his breathing quickened. His mum asked if he was OK when his eyes rolled into the back of his head and he went into a seizure. Shortly afterwards, Arlo stopped breathing and started to go blue.

Charlie recalls the moment. "We all really believed he had died. It was terrifying. He was laid on the floor completely lifeless. The first thing the 999 controller said was to go and get the nearest defibrillator while Sadie (his mum, pictured with Arlo) performed CPR on him. Of course we all knew there wasn't one close enough to get. However fortunately Sadie had got him breathing seconds before the first responder arrived with his defibrillator." 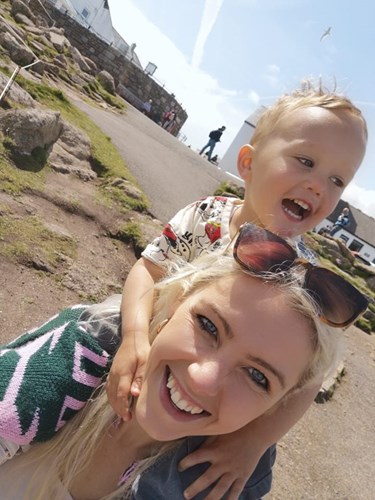 All's well that ends well, but Charlie was determined to make sure that Sancreed has access to a nearby defibrillator. He went around to friends in the village and this campaign was set up.

We need £2,000 in total to buy the defibrillator along with a protective cabinet, and to install these on the outside of the Village Hall.

So far, we have raised about £285, and another £500 has been offered by Councillor Clemo from his Community Fund and we are in the process of applying for that now. About £80 was raised at the Platinum Jubilee Beacon lighting and another £85 at a Poetry and Music event at the hall, the rest from generous members of the community. In addition, we have managed to find some matched funding. So we now only need to raise a further £870 and we could have a defibrillator in Sancreed Village in just a couple of weeks.

The fundraising is being overseen by Ros Fletcher, Treasurer of the Sancreed Village Hall Committee.