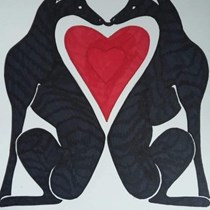 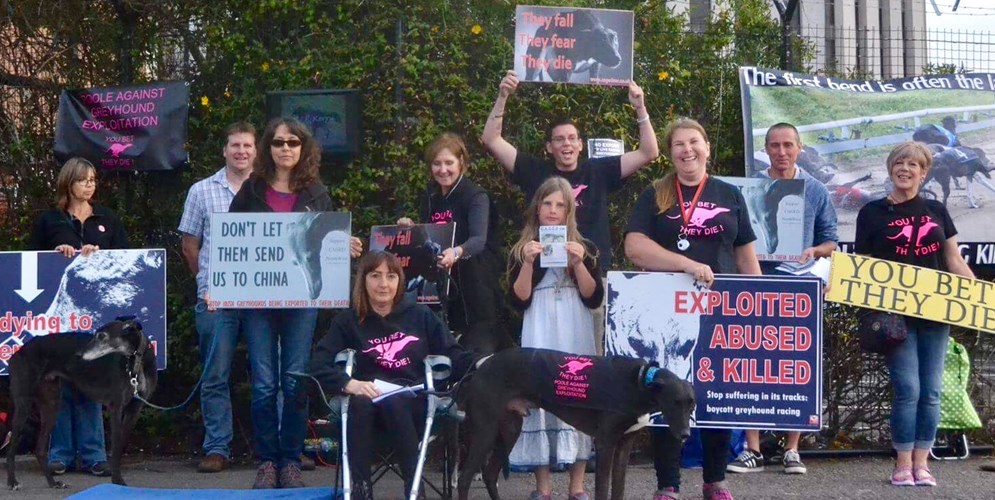 On 22/09/2017 Mark, a member of Poole Against Greyhound Exploitation will be having the anti greyhound racing logo - 'You Bet - They Die' & a greyhound tattooed over his back to raise awareness of the plight of greyhounds & to raise funds for the campaign group CagedNW & the greyhound rescue group Birmingham Greyhound Protection.

Massive thanks to Tom & Becky of the Rising Tide tattoo collective for their support of the greyhounds.

Thousands of greyhounds are disposed of by the racing industry every year, this includes those who are injured, puppies bred surplus to requirements, those with injuries, or those who are not fast enough. 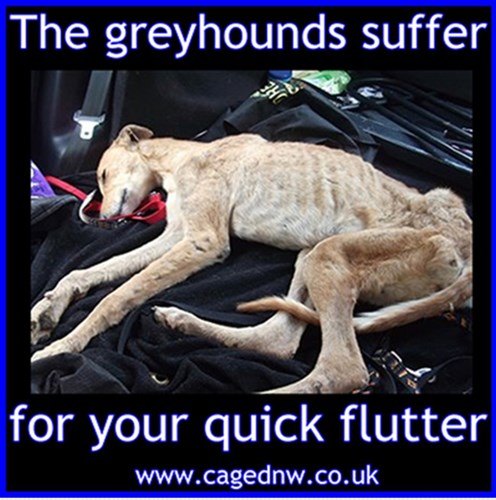 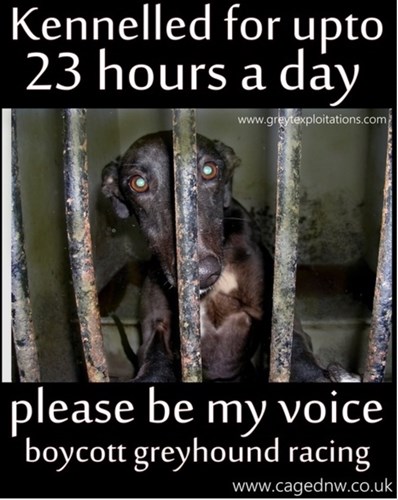 It is alegal requirement that every racing stadium has a freezer for the dead bodies.

In the UK it is perfectly legal to kill greyhounds by a bolt gun.

Many racing greayhounds are kennelled for up to 23 hours a day.

Many greyhounds are doped with substances such a class A drugs to fix races.

Greyhounds have been found abandoned with their ears hacked off to prevent them being identified by their ear tattoos.

Greyhounds are being exported to countries with little, or no animal welfare laws.

The official body of greyhound racing, the Greyhound Board of Great Britain, is self regulated.

Please show your support for the greyhounds by sponsoring Mark. 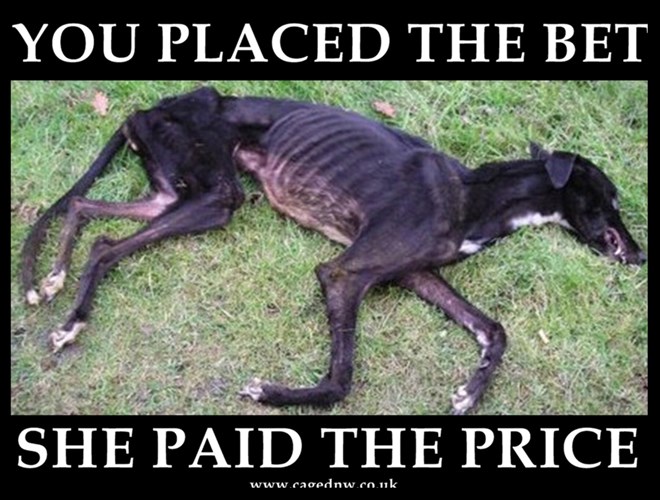 We are Poole Against Greyhound Exploitation, a group who actively raise awareness of the cruelty in the racing industry by holding regular town awareness events & demos outside Poole greyhound stadium.