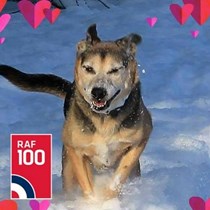 In January I turned 52 and I decided it was time to loose some weight and get fitter, so I started power walking everyday until it became a bit of an obsession. I started thinking that there should be a point to my walking and so rather stupidly decided to do a walk to raise money for the Riding for the Disabled (RDA) group I volunteer for, Wyre Forest Riders, as there is no central funding and we as a group have to raise all funds to run it. At that time I was only able to do about 3 miles at 2 miles per hour pace, so, obviously I decided to walk along the Staffordshire and Worcestershire canal from Wombourne Leisure Centre to the end at Stourport Basin, Approx. 19 miles, on Saturday 21st July, starting at 9.00 a.m. and hoping to be in Stourport by 4.00 p.m. Feel free to come along and support.

To illustrate what horse riding can do as a therapy here is Harley's Story.... 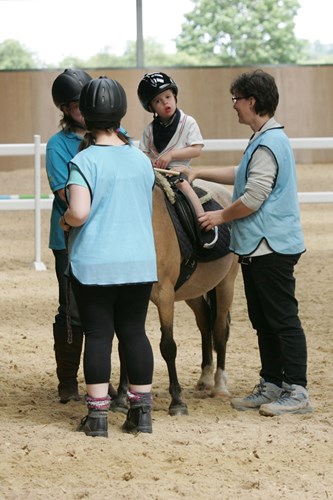 Harley started riding in September 2016, aged just 5 years old. His complex disabilities meant he had extremely poor trunk and neck control. He had to be carried into the arena, was unresponsive to the pony and volunteers, unwilling to wear a riding hat or to mount the pony and he could only sit on the pony with major support from his helpers. He struggled to hold onto anything. His needs were indeed complex.

After consultation with the RDA Regional physiotherapist it was agreed to accept him for riding sessions. Using the RDA Outcomes Tracker scoring system to assess his ability in 6 areas of development 6 areas of development (confidence, physical improvement, enjoyment, communication, horsemanship, and relationships), he scored the lowest scores in every area. The physio trained some of our helpers in how to support Harley correctly and we followed her advice to the letter, purchasing a sheepskin for him to sit on instead of a saddle, and using a roller cushion to support his trunk as he laid forward on the pony as his postural tone was so poor.

Harley clearly did not enjoy any aspect of his first riding experience and his family were very anxious. Discussion with the school and parents led to agreement to continue for a few weeks to see if progress could be made.

Before long Harley began to accept a riding hat and to indicate enjoyment and anticipation of his short rides. The movement and warmth of Duster the pony both relaxed and stimulated him. He began to smile at his helpers and even begin to laugh. The next stage was sitting up with less support from his helpers and suddenly he was able to sit on a saddle. The speed of his progress was astonishing. This photograph was taken at our demonstration ride for parents and supporters in early July 2017. He was, by now interacting with helpers, holding onto a handle on the saddle and thoroughly enjoying his riding.

Harley’s Outcome Tracker results indicated that he had made between 1 and 3 scales of progress in the 6 development areas. He has returned to riding after the summer holidays and we were all delighted to see that he had maintained the skills learned even after the long summer break. He is no longer being brought to his pony in his wheelchair, but is taking supported steps with assistance from his helpers and having minimal support when sitting in the saddle. His family report that he is sitting up on the floor at home and playing with toys. “We never thought we would be able to play with like this.” (grandparent). They attribute all this to the unique therapy of horse riding

•Pony riding provides unique therapy by developing core muscle strength and balance; providing the experience of moving and seeing the world from a different perspective; building confidence and a sense of achievement and assisting with communication skills.

•We ride at Stourport Riding Centre and on Thursdays in term time, from 1.00 to 2.30 p.m. We help up to 16 children to ride ponies each week. Between 30 and 50 children benefit from our support annually. Some riders ride for a whole year and some for 1 or 2 school terms.

•We need to raise £7,000- £8,000 per year to pay for the pony hire, insurance and DBS checking of volunteers (an essential child protection procedure) and training for coaches and volunteers. We also buy the riders small end of term and Christmas gifts. The pupils’ school provides transport to the Riding Centre and support staff to supervise on the transport. Parents make a small voluntary contribution to the riding costs when they can.

•New volunteers are always welcome. While experience with horses is very useful, it is not essential, and training is given to all volunteers.