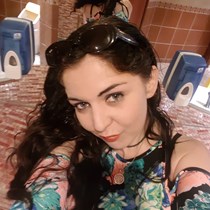 Bradley (Brad) is 28 years old, self employed handmade bespoke loudspeaker cabinet maker, who supplied people and businesses across the Uk. Brad loved working in his workshop and cooking a storm in the kitchen.
A kind hearted man who would do anything to help anyone.

On the 21st June Brad left his home in Stourport upon Severn to travel to Crewe for his Grandpa's funeral which was the following day.
He was tasked with looking after his Nan during this sad time and on the evening of his Granpa's funeral after his beloved Nan had gone to sleep, Brad decided to visit some friends in Manchester.

In the early hours 23rd June, Brad decided to travel back to his Nans before she woke up, but on his route back he had collided with a lamppost at junction and he tore his carotid artery that has led to a major stroke.

Whilst lying on the floor, after the collision, a male approached him on a black scooter, but instead of trying to help he rode off and came back with a passenger, who then stole his motorbike, they left him for dead on the side of the road.

Thankfully soon after a good samaritian (a local scrapman) found him followed by June and they called the emergency services and saved his life.

His injuries are extensive including brain damage leading to a large portion of skull being removed, he is permanently paralysed down one side of his body, suffered a major stroke, damage to his internal organs and much more.

No one knows what the future holds for Brad, we just want to be able to give him everything he needs to help aid his recovery, making his home mobility friendly ready for when he can finally return home and making this time a little less stressful for him and his family.

His close friends Lee, Noel and Connor are helping forfil current orders purely out of love for Brad, they know he would do the same for them within an instant.