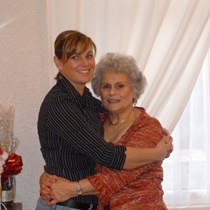 As many of you know, in March 2017 our dear friend Chris, aged only 36 at the time, went for a routine colonoscopy for some tummy trouble and completely unexpectedly was diagnosed with not one but two primary cancers:  Stage 4 Bowel Cancer in his sigmoid colon, together with stage 2 testicular cancer.

Unfortunately for Chris the bowel cancer turned out to be a particularly aggressive strain called Signet Ring Cell, which is extremely rare and as a result very under researched, it affects just 0.5-1% of patients with colon cancers.

Despite the best care the NHS has to offer, numerous and gruelling bouts of chemotherapy and a number of pioneering surgeries, the cancer has re-emerged and so Chris and Sarah are now in a position where they are running out of NHS treatment options available and have been forced (and advised by Chris’s NHS team) to look to private treatment options available, which they will need to pay for.  The drug they have advised is a solid hope (Cetuximab) is no longer available to him on the NHS and will cost at least £12,500 to purchase privately.

The journey they have already faced has been both heartbreaking and exhausting for the family - the full story is outlined below.  Chris and Sarah do so much for other people through Chris’s work in the fire service and their charitable work for their charity ‘Charity for Kids’.  We are determined to support them in anyway we can -  many of you have already come forward and said you would love to help in some way, to prevent Chris and Sarah facing the unnecessary stress of financial pressure or debt, when they have so much to tackle as it is.

This page is a communal page so that anyone raising money can jointly donate here and we can see our efforts pool together, to help make a difference, to our remarkably brave friends.

We thank you for anything you can do to help support or contribute in some way. The smallest of donations can help make a huge difference to the lives of this young and courageous family.

The Mepham Family’s journey so far:

As we already mentioned above , in March 2017 Chris, after a routine colonoscopy for some tummy trouble and completely unexpectedly, was diagnosed with two primary cancers.

At the same time they also recently found out that Sarah was pregnant with their second child, news that should have brought nothing but happiness, but instead was wrapped up with worry as well as practical issues of how a heavily pregnant Sarah, would care and support Chris, on lengthy hospitals stays in London and support their other young daughter Esmae (aged 3 at the time).

In April 2017, Chris underwent six hours of surgery under the care of the Royal Marsden in London, to remove what cancer they could. They discovered very quickly that the bowel cancer had spread to his peritoneum, leaving seedlings like tiny grains of sand, scattered across his stomach lining and cavity. These seedlings are rarely picked up or reveal themselves on scan imaging, so are often very difficult to diagnose and because of that, are incredibly dangerous. Chris also learned the testicular cancer had spread around his Aorta, and was pressing on his IVC (main vein travelling through the centre of the body - a massive challenge for the skilled surgeons at The Royal Marsden).

Once Chris had recovered from this major surgery, he was advised that chemotherapy was going to be the next treatment & he underwent twelve gruelling rounds of chemo, together with a targeted biochemical drug called Cetuximab.  (Amid all this surgery, various treatments, hospital stays and endless hospital appointments ,Sarah gave birth to their second beautiful daughter Connie)

Finally in November 2017 the family received wonderful news that the cancer had responded well to treatment and Chris was now eligible for a pioneering procedure at St Mary’s hospital called “HIPEC”, (a 12 hour operation, where a hot chemotherapy wash is used to treat the peritoneal disease).  This huge operation went ahead in January 2018, accompanied by a long and tiring recovery for Chris and his family.

Chris recovered remarkably well and in March 2018, Chris and Sarah were thrilled to hear the news that the procedure had been a great success and Chris was effectively cancer free! Sadly that was short lived and two months later the cancer showed itself in his liver.  Another operation to zap the new tumour in the liver, with good response and the family were finally able to focus on some much needed family time.

Fast forward five months to the end of 2018 and Chris became worryingly unwell; sadly the cancer had once again returned and this time was completely obstructing his bowel, putting him in a life threatening situation, with an immediate nine hour life saving operation, his only option.   After a yet another lengthy battle and tough recovery driven by Chris’s outstanding determination, he was finally able to focus once again on special times with Sarah, Esmae and Connie.

Even with the seemingly good news, the oncology team decided that a course of ‘mop up’ chemotherapy would be sensible for Chris, as the disease had caused such devastation with its last re-occurrence, they couldn’t be sure it hadn’t travelled around his body once again.

Chris has now been on chemotherapy since the beginning of February, but during that time his blood tests have been causing his team some concern and it has now been confirmed the cancer is once again back in the peritoneum and lining of his stomach - a complete blow for the family, having come so far in 2 years!

At this stage treatments are becoming more limited for the couple, it’s clear that the regular chemotherapy Chris has been receiving are no longer working - the family have been told they can have a treatment for Chris, (which is the targeted biochemical drug called Cetuximab, which he had previously and had great results with) but sadly they will now need to self fund the drug privately, as this is no longer available to them on the NHS, with a limit of one continued treatment phase, per patient.

We want to try and raise not only enough money for this drug, but together with other drugs and ongoing therapies they so desperately need, that might be available to them privately. This will give Chris and Sarah more options and hope for the future.