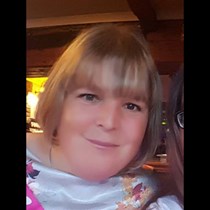 Dylan Gunner courageously fought cancer, he was exceptionally brave and always thought of others, Please read his story.

Dylan was diagnosed in 2012 when he was just 13, he’s had a PNET brain tumour, he went through the Milan protocol, and then in July 2013 he relapsed , the family were told they had a few months left with Dylan , they opted for second opinion and had surgery only to prolong his life not to cure , but his tumour never moved again, they spent the next year in rehabilitation, private tutoring, Counselling, just everything to give Dylan quality of life, he was then diagnosed with AML leukaemia in March 2015 , he completed treatment in July 2015 and was in remission, but 2 days later his liver failed and he spent a week in intensive care fighting, but passed on the 28/7/2015 . His family were, and always will be, heartbroken. Dylan will be forever sweet sixteen.

Dylan’s Mum Jo still tirelessly fundraises for children with cancer, however, she would never ever dream of using charity money to pay for a headstone. Dylan, and his beautiful family so deserve this fitting tribute, so please give what you can to this very worthy cause.Thank You