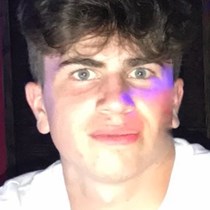 Saul wants to attend a one year course on Keshet Yehuda Pre Military Academy between August 2018 and June 2019. The course aims to provide the skills needed to succeed in the Israeli Army. It is aimed at religious zionists from both inside and outside of Israel who want to become officers in the army.

Keshet Yehuda religious Zionist pre-military Academy and Yeshiva was established in 1991 on the Golan Heights as one of the first such institutes in Israel. Today it is one of leading Academies in Israel. The Academy was established with the goal of increasing the number, the quality and the influence of religious Torah based officers in the army.

The Academy prepares religious boys for their military service by strengthening the base of their religious observance and thus instilling in them a deeper and more profound understanding of what they are fighting for and by giving them the tools to serve in the armed forces as religious soldiers without compromising their values.

The aim is further to educate the boys to become highly motivated soldiers and officers serving both in the ranks and in special units and give them a strong moral and ethical base. This is the base upon which they will make difficult decisions when required in battle conditions. The Academy is also looking ahead and is helping to bring up a generation of potential leaders of Israeli society. There are almost two thousand Keshet Yehuda graduates many of whom hold leadership positions in the army and civilian life.

Saul is a committed Zionist and wants to serve in the Israeli Army. He made aliyah with his parents when he was six and returned to the UK when he was eleven. He has since lived in both London and Manchester.