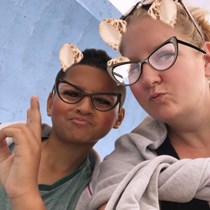 I realise this probably isn't the right way to go about things, but desperate times call for desperate measures. My mother would be so ashamed of me if she knew I was begging. I have 2 children, both under the age of 11. 2 years ago I was in a relationship, things were going so well, we decided to buy a home together, his mother gave us £26,000 for our deposit she also came on the mortgage with me due to his credit rating being poor. 1 week before our moving date he comes home and tells me he is leaving me, relationship over. So I had to move in to our new home on my own with my 2 boys (not his) so now his mum decided the money is no longer a gift and she wants the £26,000 back. She also wants off the mortgage, In a panic I have taken out loans to try and pay the family back as the threats started about selling my home from under me (she owns 50% of the house) so now I have ended up in £36,000 worth of debt because of him.

My eldest son is a type 1 diabetic, he relies on an insulin pump to continuously feed insulin into his body via a cannula, type 1 diabetes can be so unpredictable especially in children. his blood sugars can drop dangerously in his sleep during the night, and he would be so unaware, I'm scared of the risk "dead in bed syndrome" poses to him. I do test his blood every hour through the night but sometimes its difficult to catch them and admittedly there has been times that I have slept through the alarms due to being so exhausted. I need to fund a cgm for him so that his bloods are monitored 24/7 but it's impossible while In so much debt. I do work 6 days a week and I do now have a partner who works, we just don't earn enough to get rid of these debts, we can't afford childcare and so one of us has to be here at all times for my son to keep him Alive. I realise there are people out there far more deserving than I am and I don't expect a miracle here. I just don't know what else to do or how to get out of it.

thankyou so much for reading xx