Save Seacoast Cottage raised £860 from 26 supporters 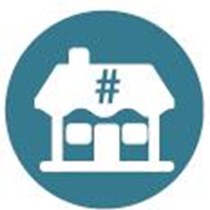 Weʼve raised £860 to save Ireland's last grass thatched cottage which is under serious threat of being lost. Every little will help our cause, so please DONATE !

In 2014 a small group of local volunteers came together to help two pensioners, living in a 300+ year old listed thatched cottage in Limavady, Northern Ireland, where the roof had collapsed into the bedrooms following a winter storm. The elderly pair, Edward and Eileen Quigley, both in their 70's continue to live in the cottage, and a plastic cover guards the roof as the conditions underneath deteriorate.

The group including the elderly pairs nephew, has been lobbying government since 2014 to secure much needed emergency funds from The Department of Environment to help undertake urgent repair works to the listed building. However due to the suspension of Built Heritage grants by the Department they were unsuccessful.

In Sep 2016 the NI Executive announced that the Built Heritage Fund would re-open but funds were limited. The group believe government will now award only £50,000 in grant assistance towards the project, a fraction of what is required for the works to proceed.

These funds in total will be used to thatch the roof, replace and treat damaged roof timbers and rebuild the back wall which is near a state of collapse.

The cottage is one of the only ‘marram’ grass roofed cottages left in Ireland today and in February 2015 it was added to the Built Heritage at Risk register for Northern Ireland in critical state. It is the only property on the register that is fully occupied.

The family have tried to appeal the case, and have the listing lifted so an affordable slated roof could be installed on the property. However government have rejected this and still refuse to provide the vital funds needed to repair the roof. These funds cannot be sourced elsewhere.

We appeal to the community and require your donations to help us save this truly unique piece of built heritage and to save the home of two old age pensioners who continue to reside in a cottage, where they have lived all their lives with no toilet, electric and modern appliances.

A small group of local volunteers who love Built Heritage and want to help two pensioners without the means and money to fix their life long home. The team includes a Conservation Architect, a Quantity Surveyor & the nephew of the Elderly Owner.