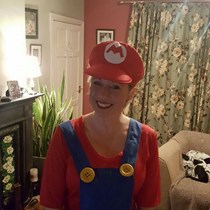 Weʼve raised £2,001 to help Bob and his little dog live out their days together where they will feel happy and free from the worry of being evicted from their home

This is a very sad story about Bob , a lovely man (87) who lives in a care home with his close companion Darkie the Schnauzer. Bob moved into the Care home 4 years ago with his wife Margaret with an agreement that they would be able to spend the rest of their lives there with their little dog who they have had for 6 years. Sadly Margaret died 2 years later and it was agreed that Bob could remain at the home as a tenant with Darkie. Darkie is the only thing Bob has left and a final link to his late wife.He is his reason for living.

Bob has lived happily at Burnfoot Hall for 4 years but just before Christmas he was told Darkie had to go because he is causing too much trouble. This was decided after a change in management. Obviously Bob was left devastated and received very little support. Darkie is very popular with the residents and plays a big part in their lives too. Bob calls him his boy and the only thing he has left. They are said to be issuing a no pets policy. Bobs health has been affected at the thought of loosing his companion.

The owners of the Care home are refusing to reverse their decision even though a robust care plan for Darkie has been put in place whilst Bob attends kidney dialysis 3 times per week and Dog walkers from the cinnamon trust are helping too.

Darkie has been assessed by a specialist in animal/human interaction and passed with flying colours.

We are trying to raise funds to enable Bob and Darkie to move to another home where they will feel HAPPY and FREE FROM WORRY so they can live the rest of their lives together.

Please donate whatever you feel will help Bob stay with his best friend Darkie.

Any surplus donations will be donated to charities of Bobs choice.

I would like to say a huge thanks to all of you who have donated already. The previous page has ended and I thought it appropriate to set up this page for anyone who still wants to donate.

We have a massive 261,000 supporters on the petition now