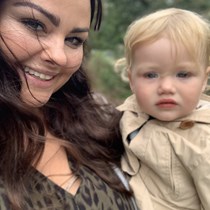 Weʼve raised £6,113 to help 11 year old Mursal and her family escape the Taliban.

I have been a friend of the family for 12 years and am assisting their relative in raising the funds to help pay for their evacuation from Afghanistan and resettlement. I will be using the money to pay the travel agent who is able to organise their travel to a neighbouring country and attend one of the British processing centres where they will be able to organise their onward journey to the UK. Any funds above this will be used to assist them in replacing belongings left behind and help them to settle in to their new home, such as warm clothes, shoes, school items, toiletries and bedding. I am hosting the campaign so as to keep their identities hidden for their own safety.

Mursal is an 11 year old girl, living in Kabul with her parents and her siblings. Mursal and her family have received death threats from the Taliban, due to her father's job as a judge and his role in imprisoning Taliban members.

The Taliban have now seized control of Afghanistan for the first time in 20 years and the family's lives are in grave danger. Another relative, who was a judge, has already been assassinated by the Taliban.

The family applied on August 13th for resettlement in the UK, as part of the British ARAP Scheme. This scheme was set up to provide safety to those who had 'supported British efforts in Afghanistan'. They then experienced a long and worrying wait.

In desperation and with no news of their application they went to the airport on Tuesday the 24th, hoping to be allowed on an evacuation flight, when US troops opened fire into the air in an attempt to disperse the desperate crowds that had gathered there. The family witnessed people killed, including children.

Finally on Thursday the 26th they received the positive response they were waiting for; permission to travel to the UK for safety.

Mursal's sibling called her Grandparents with the good news and told them 'I am going to London'.

The family wasted no time in heading straight to the airport. However while they waited outside a bomb struck only 200 metres away, killing 175 and injuring many more.

Following the terror attack, evacuation flights stopped for security reasons and two days later on the 28th, the last British troops left Afghanistan for the first time in twenty years, leaving behind Mursal's family and many more.

The British government is now advising all Afghans with the relevant paperwork to make their way out of Afghanistan overland and across the border into a neighbouring country, however the family have been told this journey will cost, in the region of £20,000.

Each day that Mursal and her family are in Afghanistan, they are at risk of being found and killed by the Taliban.

Mursal and her family need your help. If you are able to, please donate what you can.

I am helping my friend of over ten years in raising the funds to help their family evacuate Afghanistan and resettle in the UK. I am hosting this fundraiser to ensure their identity is protected for their safety