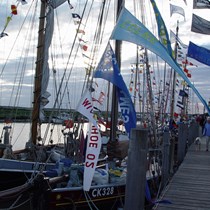 Weʼve raised £580 to Save Southwold Harbour

In March 2015 Waveney District Council made a commitment to a Joint Agreement with Southwold Town Council to create a charitable company, limited by guarantee, for Southwold Harbour, Camping and Caravan Sites, supported by a Trading Company. This was widely supported in the community by residents and business owners.

Waveney District Council plan to abandon that commitment and create a Local Authority Trading Company with Waveney District Council as the sole shareholder. This action would effectively pass ownership and governance of the Harbour lands to WDC with a real possibility that said lands could subsequently be sold to the highest bidder.

Southwold Haven Port Stakeholders Group are leading a campaign to compel Southwold Town Council and Waveney District Council to honour the Joint Agreement that was reached in March 2015.

The reality is that Waveney District Council are determined to get their hands on this valuable community asset and we may need to appoint a barrister to challenge this through the courts. We may also need to engage a forensic accountant to work out just where the hundreds of thousands of pounds of revenue that SHOULD have been invested in the harbour, camping and caravan sites has gone.

The fate of Southwold Harbour should concern everyone who lives in the area, those that visit or rely on its status as a haven and also anyone who believes that their community assets are safe for future generations. This is at least the THIRD time that Waveney District Council have tried to 'acquire' this community asset but we will never let them have it.