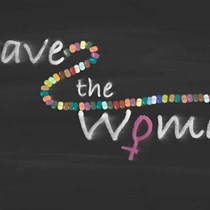 £0
Be the first to help Olalekan Odedeyi reach their £5,000 target
Give Now

Weʼre raising £5,000 to to help us sustain the work of Save the Woman, organise community engagement and empowerment workshops, promote culture and values..

Teesside on the Rise : Commonwealth for Africa

We are driven by the views expressed by Shirley Chisholm, first African American woman to be elected to Congress: “You don’t make progress by standing on the sidelines, whimpering and complaining. You make progress by implementing ideas”.

Through research the changing face of Middlesbrough's population has been revealed - and shows the town's ever-increasing diversity. Middlesbrough is classed as the most diverse in the Tees Valley, and is second in the entire North-east - with almost 12% of the population estimated to be from the African, Asian and Minority Ethnic (AAME) community. But shocking inequality was also laid bare in a council report - with the local authority area found to be the sixth-most deprived in England, with huge health issues.

However, the African Community is small in Middlesbrough, and we deemed it necessary to yield to the yearning of the grassroots community members to bring alive an initiative in ensuring that younger generations of nowadays receive appropriate cultural support so they are not alienated from their Community. Giving everyone the best opportunity to integrate in the societies through workshops, training, community engagement events and conferences.

We aim to promote the aspirations of Africa and its Diaspora; in particular to promote culture, values, economic and socio-political initiatives in Teesside.

Imagine if your heritage or lineage was slowly on decline, what would be your faith?, Please let us collectively join hands and make good things happen!!

Help us promote equality and diversity, and thank you in anticipation for your donations and support. Every penny will counts, and also help us share through your contacts.