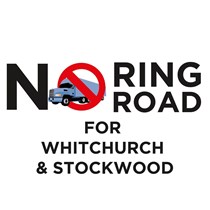 Weʼve raised £1,556 to CONTINUE with the campaign to support action against the proposed South Bristol Ring Road.

THIS IS THE SECOND FUNDING CAMPAIGN TO CONTINUE THE CAMPAIGN

This Group is against the housing and road across green belt and with the making of Whitchurch Lane part of the route.

We created a facebook group on November 29th exposing the latest ring road and housing proposals which would have life changing effects on residents and cause irreversible damage to the environment in both Bristol and BANES. In just over 2 months we have attracted in excess of 2500 people to our Facebook group.

We have raised awareness of the proposals and the plight of south Bristol which encouraged comments for the consultation that ended on 7th Jan 19 and for the subsequent full Bristol City Council meeting in Jan 2019.

We are running an ongoing poster campaign to spread awareness amongst the communities affected and to let visitors to the area know that we are against the proposals.

We have successfully filmed and produced a 2 minute video highlighting and bringing to life the proposed route and its impact, which was unclear from the official documentation.

Following this, we encouraged the Mayor of Bristol Marvin Rees during his Facebook live event to visit us. On January 17th he joined over 300 local residents, councillors and press at a hastily arranged public meeting held at St Augustine’s Church which was organised with less than a weeks’ notice. For those unable to attend the meeting was filmed and shared in our group. The Mayor then invited us to work with his transport team to offer alternative solutions. Local media coverage was extensive.

After the success of this meeting a Core Group was formed with six local residents from Whitchurch village, Whitchurch and Stockwood.

Faye Dicker, David Millard, Kim Hicks, Steve Hill, Martin Weeks and Alyson Lampard. A mission statement has been publicly shared and we are now engaging and working with local councilors across all political parties.

We then formed a transport planning team who came up with alternative proposals that were put to a meeting with Adam Crowther and Jodi Savickas from BCC and Claire Cornelius from BANES on Feb 12th. They have agreed to meet us again t update us on our thoughts and also to share what was referred to as 'the long list' and give us some plan speaking reasons why certain routes were not progressed.

Most of us accept that more homes will be needed and that the transport systems must be reviewed and updated, but not in the manner proposed.

Any funds left will be donated to a local charity and nobody within the Core group will receive any money from this campaign - records of income and expenditure will be available for anyone to view.