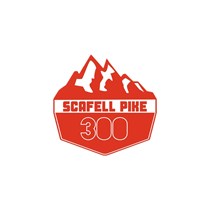 Fg Off Preddy is crowdfunding

Weʼre raising £500 to fundraise for Every Life Matters and RAF Benevolent Fund.

Personnel from RAF Spadeadam will be keeping busy this coming Friday, by collectively running, walking, cycling and rowing the height of Scafell Pike 300 times, in aid of the RAF Benevolent Fund and Every Life Matters Charities.

A team from the base will be in Tower Square, The Lanes, whilst others will be taking part virtually, either on base, or at home, aiming to cover a combined height of 293,400 meters. The challenge will start at 8 am and the team hopes to be complete by 6 pm!

Organiser of the event, on behalf of the Station Charities Committee, Flying Officer Preddy said:

“The aim of the event is to raise essential funds for these two very worthwhile charities. The RAF Benevolent Fund supports not only Serving personnel, but also veterans and families, and the Station has fundraised for them for a number of years. This year, we also wanted to include a local charity, and chose Every Life Matters, which is based in Cumbria, and provides Suicide Safer Communities and Suicide Bereavement Support across the region.”

Those taking part virtually will be sending updates to the organising team, so that all distances covered can be counted, and a total kept through the day!