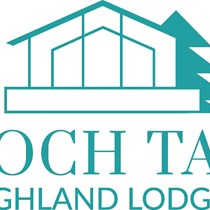 Weʼve raised £51,980 to We are seeking to raise £50,000 for the Scottish Crannog Centre which was recently destroyed by a fire to help with the associated costs.

We are seeking to raise £50,000 for the Scottish Crannog Centre which was recently destroyed by a fire to help with the associated costs. The Crannog Trust has endorsed our appeal while their own is being set up. Every penny raised will be dedicated to the restoration.

A devastating blaze has ripped through the iconic Scottish Crannog Centre on Loch Tay near Kenmore. The hugely popular tourist attraction and education base - a recreated Iron Age house - was consumed by flames on Friday night as locals watched in horror. Many of our annual park visitors went to this local attraction which is now destroyed.

Fire fighters raced to the living history museum on Loch Tay, Perthshire, just after 11pm on the 11th of June when a huge fire broke out.

We at Loch Tay Highland Lodges send many visitors to this attraction per year whilst staying on our Lodge and Glamping Park located close by at the other end of the Loch near Killin.

We would like our customers and Facebook followers to try and raise a targeted amount of £50,000 to help with this incident and any associated costs by the Scottish Crannog Trust Charity who now plan to move this facility to the North shore at Dalerb at a large expense.

Nicholas Grant, Chair of Trustees said “This is a hugely distressing blow to all our friends, visitors, and members of the Trust who have so ably supported us in the past. But we are now even more determined to double-down on all our efforts in the development of the new Crannog Centre already in planning on the north shore of the loch at Dalerb.

This financial appeal is for all those to whom the Crannog has meant so much in the past and whom we know will wish to contribute to the renewal of this unique part of Scottish history. Lucikly the museam and its artifacts are still in tact and can be moved to Dalerb.