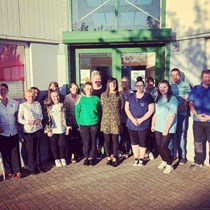 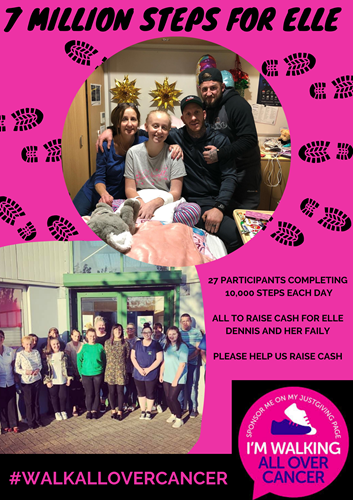 Elle Dennis from Townhill is just 21 and in November last year, she was rushed into hospital feeling unwell. It was confirmed she had Sepsis and then also diagnosed with Leukaemia. Elle and her family are currently travelling back and forth Cardiff receiving treatment for the Leukaemia. Elle may need a bone marrow transplant.

The staff at the Phoenix wanted to do something to support Elle and her family at this difficult time.

As a team, The Phoenix Centre staff and community members of the Local People Project, are committing to walking 10,000 steps per day.

By the 31st March, they would have completed a staggering 7 million steps.

Please help us raise money for Elle and her family.