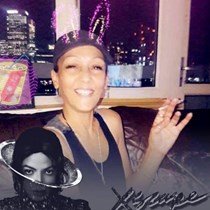 Weʼve raised £879 to Help Diane get back on her feet after the sudden death of her Son & Universal Credit leaving her in debt with their nonsense.

On 19th September Diane was told her Son had died aged just 34, no one knows what has happened to him yet & the Death Certificate still says 'pending'. Diane herself hasn't had it easy as before this happened she was diagnosed with Breast Cancer, then Tongue Cancer then Neck Cancer all within a few years causing her to have to leave her Job and go on Benefits. The reason I'm doing this page for her is because Diane had been forced to switch her Benefits to Universal Credit, who then underpaid her Bereavement Fund £900+ leaving her Son Ashley in the Mortuary for nearly 2 months. Diane has had to borrow money from any angle she could to try and get Ashley out of there and into the Chapel of Rest. In the meantime Universal Credit have been messing her around and her actual Benefits are approx £900 short since switching over.

She also owes money for Flowers as the person who was meant to pay for them didn't bother!
I have known Diane for over 35 yrs and she has never been in such a situation. This would make a big difference to Diane's Debt and help her Grieve properly instead of worrying. I personally do not want her ill again as she is in remission at the minute but also has COPD & Angina. Thank You if you can donate anything, I think the minimum is £2.00 & every £2 helps so thank you in advance x

My name is Sharon, I have 2 Grand Children & a Son, I am doing this for my friend because I don't want her to worry about debts connected with the death of her Son, she needs to grieve.