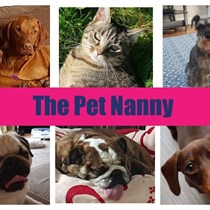 Many of us at South Western Ambulance Service have had the pleasure of working alongside the lovely Kath Osmond (Paramedic, amongst other things) for many years and are aware of her health struggles. For those of you who aren't up to date with Kath's illness please see the following statement below:

After noticing a change in a mole Kath visited her GP and had a 0.9mm malignant mole removed. 18 months later she noticed a lump in her groin and after surgery the Doctors confirmed she had stage 3c cancer.

She has undergone a number of aggressive surgeries and treatments over the last five years but despite this the cancer has spread to her bones, lungs and lymphatic system.

She is currently taking a treatment called dabrafenib to stabilise things but it is causing debilitating side effects and is less effective now as she has used it before. She has been given just a few months to live unless she can start TILs.

TILs (Tumor-infiltrating lymphocytes) is a treatment that has been put into the shadows by new drug company driven drugs. It's a harsher treatment regime and doesn't involve expensive drugs. Essentially a tumour will be surgically removed and from that tumour the good lymphocytes will be harnessed and grown in a lab.

The response rate is 50% with complete response i.e. no disease remaining in 20% of patients, which is pretty amazing!

Kath has visited Professor Robert Hawkins at the Christie Hospital in Manchester on Friday and he is happy for her to go ahead with the treatment as soon as she has the £70,000 required.

We as Paramedics spend our lives trying to save others........... please help us to help one of our own!